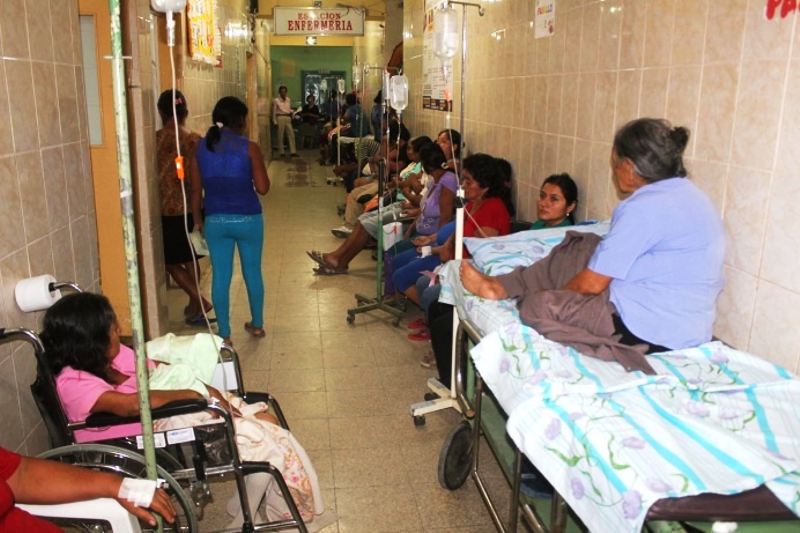 Peru has declared a health emergency in the northern state of Tumbes after increasing cases of dengue fever and chikungunya.

The health ministry’s declaration of a 90-day health emergency in all three provinces of the northern state of Tumbes, which shares a border with Ecuador, was published in state publication El Peruano today.

Regional health department director Rommel Gonzales said there are 78 confirmed and over 350 possible cases of chikungunya in Tumbes, some of which were infected in Ecuador. Gonzales also said there were 2,056 confirmed cases of dengue fever in Tumbes, but the number has been falling in recent weeks.

“We have a chikungunya outbreak right now which is in the Aguas Verdes and Zarumilla districts,” said Gladys Ramirez, the health ministry official charged with dengue in Tumbes. “We also have cases of dengue and, because of the risk of torrential rains from El Niño, there is the risk that malaria returns.”

In April the health ministry declared an emergency in neighboring Piura state after a spike in dengue fever. During the health emergency, the government spent $1.2 million to fumigate homes, set up diagnostic healthcare tents and launch a public education campaign.

However despite the government efforts, cases of dengue fever increased in Piura during the emergency and began to appear in other northern states including Tumbes and La Libertad. Last month Piura extended the emergency for an additional 90 days. The extension came two weeks after Peru’s agriculture minister contracted dengue fever in Piura.

Today’s emergency declaration in Tumbes is the latest development in the government’s difficulty in combating mosquito-borne diseases in northern Peru. The spike comes just before the northern coastal regions prepare for torrential rains forecasted as an effect of the El Niño weather phenomenon. Heavy rains will create stagnant water puddles which promote the reproduction of the mosquitoes which transmit dengue, chikungunya, yellow fever and malaria.

“Tourism has declined significantly,” Tumbes governor Ricardo Flores told Correo. “Around this time in previous years the hotels are packed. Foreign visitors have declined 50% and I can feel that in my hotel.”

The education director for the La Libertad state, which encompasses the city of Trujillo, has prohibited class trips to Tumbes and Piura, citing the risk of contracting dengue or chikungunya.