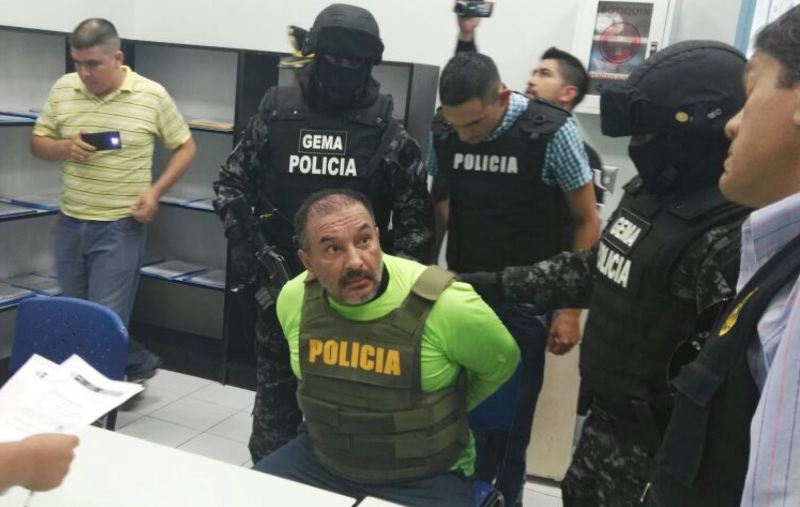 The former governor of Peru’s northern border state of Tumbes ranked among the public ministry’s most wanted fugitives. Viñas had been on the run for two years since an arrest warrant was issued in June 2014.

Ecuadorean police arrested Viñas in Quito on June 13 after receiving a tip from an informant looking to claim a $30,000 reward. Viñas was the seventh high-profile fugitive to be arrested on tips, which has since grown to eight, since President Ollanta Humala enacted a financial compensation program for informants in a 2015 package of legislation aimed at reducing crime.

“This has been a joint operation with the Ecuadorean police,” interior minister Jose Luis Perez said when Viñas was arrested. “As you know, [Viñas] was on the most-wanted list and the reward scheme has been a resounding success. Now they are seven.”

Viñas is considered one of Peru’s most corrupt governors. Prosecutors allege the small state of less than 300,000 residents incurred losses of $17 million dollars during his administration between 2010 and 2014. Viñas faces over 30 charges for corruption in various state contracts and sales.

A Tumbes judge first issued an arrest warrant when it was revealed that Viñas approved the sale of 89 acres of land near the beach town of Punta Sal, a popular tourist destination, for just $750. The land was appraised to be worth more than $6 million.

Prosecutors are seeking 20 years in prison in just one of the charges related to projects to expand running water in Tumbes.

In December 2014 the investigative news program “Cuarto Poder” broadcast images of one of Viñas’s eight properties seized by authorities. The four-story building, valued at $3 million and registered in the name of Vinas’s 22-year-old son, featured a 2,000-square-foot pool and a small zoo for exotic animals.

At least three of Viñas’s bodyguards were murdered after he went into hiding.

Viñas has claimed that his life is in jeopardy in Peru, and that he is the victim of a conspiracy led by President Humala.

Last May Viñas published a video to social media to acknowledge Labor Day and Mother’s Day, as well as to promise that he would not look to evade arrest.

Viñas is the third fugitive governor to be arrested in the last year since the reward program was introduced. Former Ayacucho governor Wilfredo Oscorima was arrested in Lima last March after being sentenced to five years in prison in June 2015. Former Madre de Dios governor Luis Aguirre was arrested in Puerto Maldonado in January after two years in hiding.