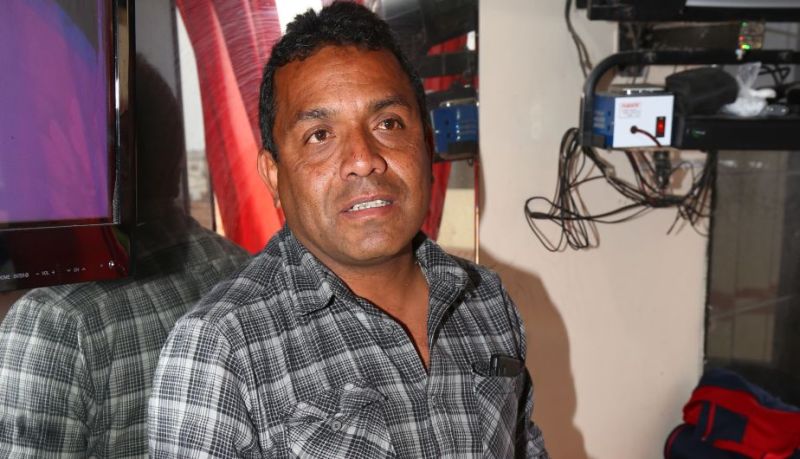 Wilbur Castillo, a municipal employee in Callao who exposed a wiretapping scandal in 2012, was murdered in Callao this morning.

Castillo was driving through Callao’s La Perla district when two cars blocked his van from in front and behind. An assailant got out of the rear vehicle and fired over 25 shots at Castillo’s car. One of the bullets his a child in the leg as he was standing outside his school just after 7 a.m. this morning.

Police arrested six of eight suspects soon after the shooting. They say the attack was in retaliation for the recent arrests of local gang members.

“We know who is the mastermind as well as those responsible,” said Callao police chief Julio Otoya. “It was revenge. They followed him from his home and used to Uzi in the attack.”

Castillo was a well-known figure in Callao politics. After completing a prison sentence stemming from his involvement in a kidnapping gang, he began to work for a security program under Callao mayor Alex Kouri.

In 2012 Castillo reported a wiretapping scheme which implicated the Chim Pum Callao political party, Callao mayor Juan Sotomayor and former football player Roberto Martinez. The recordings made public the internal struggles for control of the party between Sotomayor and Callao governor Felix Moreno.

El Comercio reports that Castillo was the target of at least 13 assassination attempts since he began working for the city of Callao. He helped police dismantle several extortion gangs and labor unions. Police arrested Castillo in 2013 on suspicion of extortion, but he was released the following year.

Castillo’s family claim that Gerson “Caracol” Galvez, an alleged drug trafficker linked to Gerald Oropeza, was responsible for the attack.