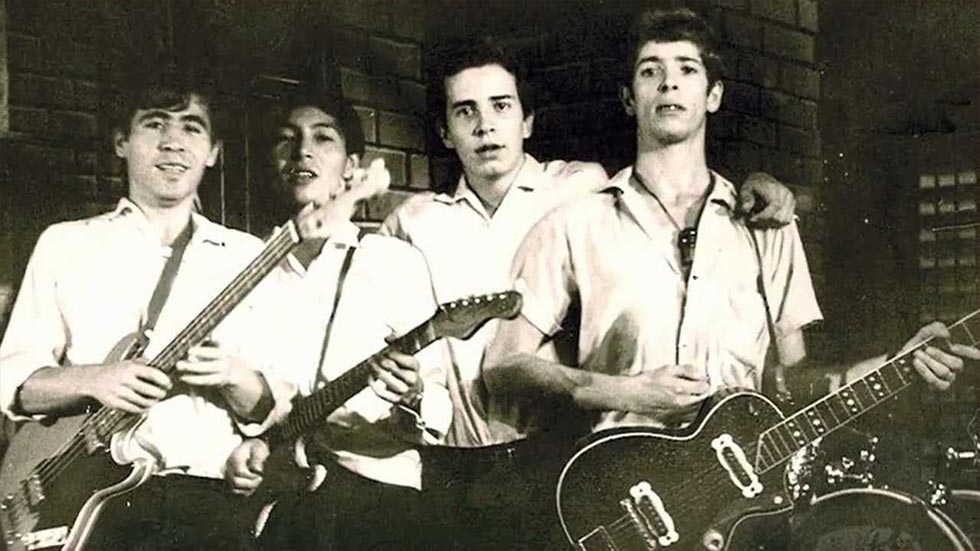 In the mid-60’s — inspired by rock ‘n’ roll and rhythm ‘n’ blues from the US and UK — Peru’s music industry experienced a golden age. These are some of Peru’s musical gems from exactly 50 years ago.

How rock ‘n’ roll got to its golden age

The first Peruvian rock ‘n’ roll bands were really traditional orchestras playing rock ‘n’ roll tunes in their repertoire. It wasn’t until the beginning of the 1960s, and particularly after the British Invasion, that bands dedicated to rock ‘n’ roll began producing their own records, singing in Spanish and upsetting conservative parents.

While many of Peru’s rock ‘n’ roll and beat bands have been forgotten since, a number of them continue to be seen as pioneers, not just in Peru but across Latin America and beyond.

The Saicos are recognized by some as the world’s first punk band ever, unknowingly inventing the genre a decade before The Ramones. Until a recent revival in Europe and the US, the band has lived most years after their short-lived fame in almost absolute oblivion. They reached popular status for being one of the first rock ‘n’ roll bands in Peru that only played its own songs. Their most famous song, Demolicion, is possibly one of the most covered Peruvian rock and roll songs in history.

Los Belkings are possibly the best band from the entire 1960’s, undergoing a similar mutation as the Beach Boys in the US. The band began playing American-inspired surf music but soon after switched to a more psychedelic sound, mixing this with more Latin elements.

Los Shains were one of the most popular garage rock band, possibly because they mainly produced Spanish translations of some of the best American rock ‘n’ roll and rhythm and blues songs from that era. While for example the Spanish cover of The Crusher, originally by The Novas, is already amazing, the band’s own Los Shains A-Go-Go  beats them all. In the next few years, the group became Peru’s most representative of hippie counterculture.

Los Yorks were one of the wilder bands of the mid-sixties and also one of the most popular of that period.  While staying true to their Kinks-style rhythm ‘n’blues, the band did jump the hippie bandwagon releasing some pretty psychedelic garage rock.