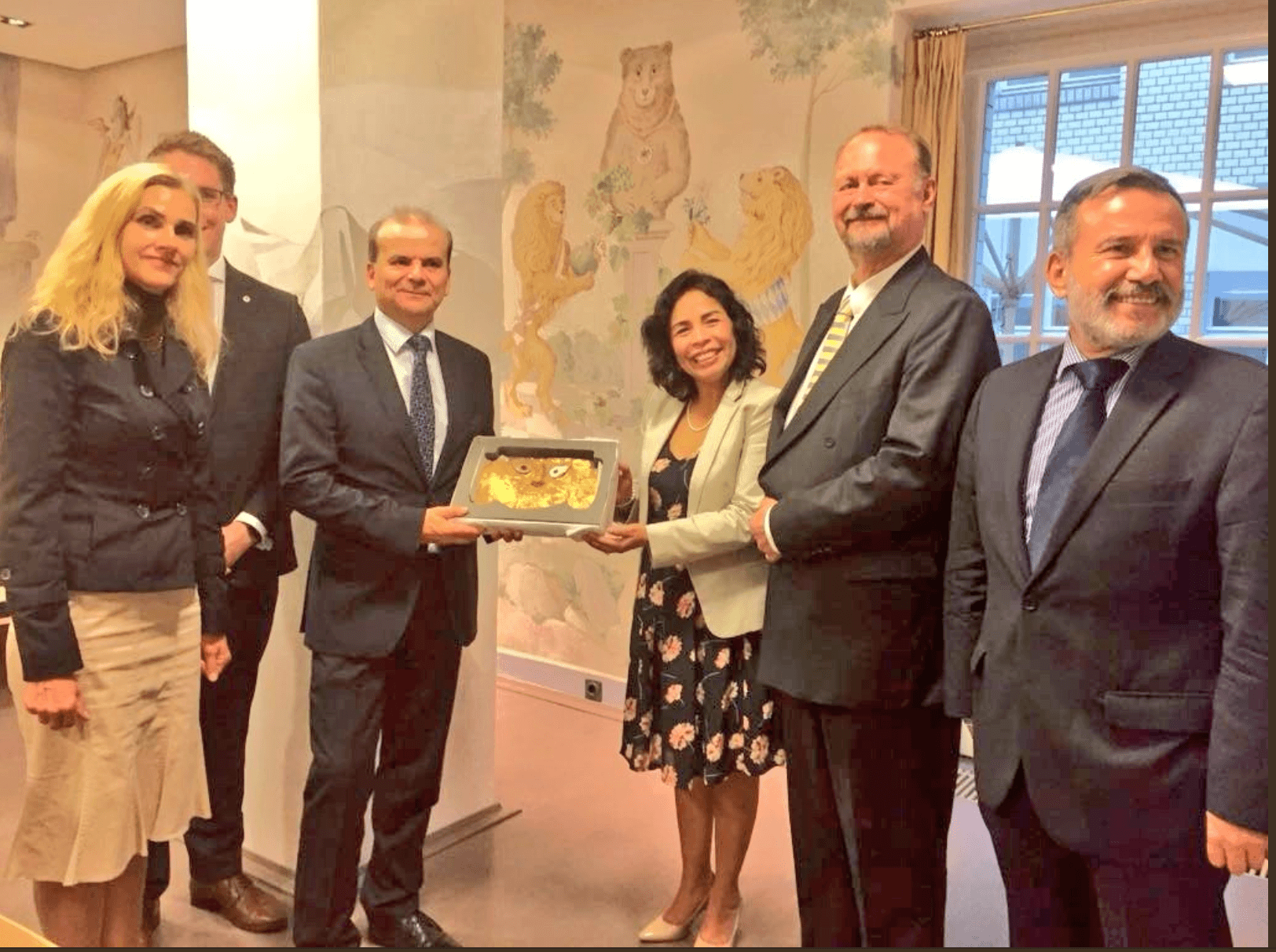 After 20 years of court proceedings between the two countries, Peru’s Culture Ministry announced this weekend that it had gotten back an ancient funeral mask from Germany.

The Mask of Sicán that belonged to the Lambayeque culture that existed in the eponymous region between the years 750 and 1400.

When Peru reported the mask missing, it was successfully confiscated by Interpol in 1999. Germany and Peru were then involved in judicial hearings for two decades before a court in the European nation ruled to have it returned to the Andean country in 2016.

Culture Minister Patricia Balbuena traveled to Munich, Germany on Thursday to receive the mask from German authorities. Balbuena said in a statement on social media that she appreciated the cooperation of her counterparts in Germany throughout the process.

“Thankful for the German government for the recovery and care of the #SicánMask, part of our cultural heritage that dates back to the Year 1200 AD,” wrote Balbuena. “Our item will return to Peru after 19 years, thanks to the effort from the German authorities.”

The mask, which is believed to be nearly 1,000 years old, was used in burial and funeral processions by the Lambayeque (also known as the Sicán) people and is made from gold that was hammered and cut. Versions of the mask have been found in tombs of those who were believed to be of a higher-status among the society. According to the Culture Ministry, the mask portrays the face of Naylamp, who was an important, god-like figure to that ancient culture.