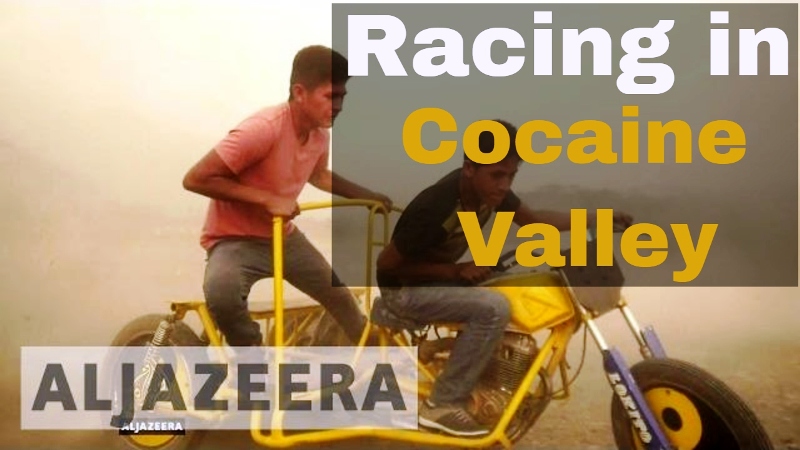 The short film, “Racing in Cocaine Valley,” showcases the bizarre sport of rickshaw racing popular in the VRAEM region of Peru’s eastern jungles.

A deadly sport in the dangerous VRAEM region known as one of the world’s top producers of cocaine and home to the last remnants of Shining Path guerrillas is the subject of a new documentary by Al Jazeera. Motorcycle taxis, known as “mototaxis” in Peru, compete for the fastest time across rough jungle terrain.

The film follows Omar, a soldier who risks being thrown out of the army and his cousin Roy as they prepare for the biggest annual race in their hometown of Santa Rosa in the La Mar province of Ayacucho.

“All that matters to me right now, for all the sacrifices I’m making, is to get this bike running and win,” says Omar as he disobeys his captain’s orders to return to base. “I’l take the punishment like the soldier I am.”

Unlike the mototaxis seen throughout Peru, those used in the race don’t have an enclosed cab. Instead, a “copilot” sits behind the driver on an open metal frame. Omar, a copilot, leans into the turns in an attempt to minimize steering with the front wheel, thus conserving speed.

Rather than first-past-the-post, the competitors aim for the best time to complete a track of dirt roads winding their way through mountainous jungle. The sport can result in fatal accidents where vehicles veer off roads into spectators, but the risk is seen as part of the attraction.

Coca cultivation is the only sustainable source of income for many in the VRAEM, including Omar’s family. The brother of Omar’s mechanic was killed by police. Racing seems to serve as an escape from the violence between government security forces and drug traffickers.

Omar and his brother are vying for a first-place prize of $170.

Watch the full documentary below.