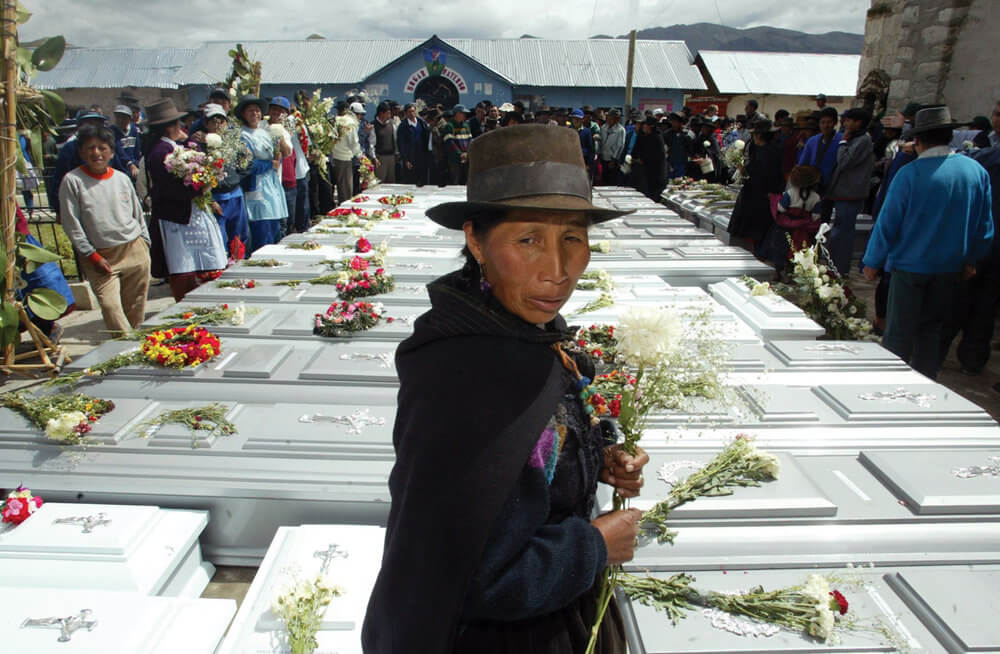 In January 1983, Rodolfo Pereira sat down for a coffee with his friend, a young journalist who was about to be sent to investigate violence allegedly caused by terrorist organisation the Shining Path in the Peruvian Andes. Three days later, his friend, along with eight other journalists, would be dead. Pereira made a decision; he would make Curfew, a film uncovering the interwoven elements of journalism, terrorism and violence in Peru at the hands of the Shining Path.

Over three decades later, the film is just months away from completion, and Peru Reports spoke to Pereira about what he hopes to achieve with the film, how Peru has changed since the 80s, and why now is the perfect time to release Curfew.

Curfew, or Toque de Queda in Spanish, follows the story of two American journalists sent to Peru in order to find two Peruvian colleagues who disappeared while covering an alleged massacre in the remote region of Ayacucho, high in the Andes. Over the course of the film, the foreign journalists discover a country torn apart by terrorist violence and political separatism in their hunt to discover what happened to their missing colleagues.

Set in the 80s, much of the violence in the film stems from the conflict between the Peruvian army, paramilitaries, and the Shining Path, or Sendero Luminoso, which at the time was an organisation that struck fear into the hearts of Peruvians. A communist party leaning heavily on Marxist, Leninist and Maoist theories, the Shining Path used the Khmer Rouge and Stalinist Russia regimes as models to try and create a communist utopia, using ruthless violence and terror to achieve their aims. Peru’s Truth and Reconciliation Committee estimates that 70,000 people were killed during the 20-year insurgency, as well as 70 journalists, making it the cruelest terrorist organisation in the western hemisphere.

Despite this, the Shining Path remained unknown to most people outside Peru’s borders, making it difficult for Curfew to attract foreign investment. Once the screenplay was finished in the early 90s, Pereira told us, a Hollywood production company made an offer to produce the film, on one condition; that the film’s setting was moved to Vietnam, Cambodia or Laos.

“I was very depressed with this response,” Pereira said. “I was never going to sell the story to make it happen in another country, because that’s not the point of the film.”

However, despite the Shining Path’s relative obscurity, the fictional film aims to use common themes to reach out to a wide audience.

“If you’ve never experienced these stories and you have no idea what happened in Peru, you are going to have a comprehension of freedom of the press, terrorism and political violence and how they are intertwined.”

The objective of the film, he explained, was to carry on the task of the journalists who gave their lives to uncover the truth behind the Shining Path’s actions. However, in the 90s, the subject was so delicate in Peru that no national film company would touch it.

“If the film had been made in Peru in the early 90s then I’m totally sure that it would have been censored as it was such a sensitive issue,” Pereira told us. “Talking about those issues in public was not an option.”

“Now, however, the political landscape has changed,” he said. “First, the Shining Path has been defeated, second, political organisations are now very interested in covering what happened during those years, and third, the state has transformed itself into a more democratic society,” he added. “Right now is the best time to reflect on those issues because the population is going to accept what we are going to say.”

Not only is the film designed to address Peruvian history, but it is also to serve a much broader purpose. On a worldwide scale, violence towards journalists has never been a more pertinent issue. Journalist deaths in Mexico are at a record high, and recent Hollywood blockbuster films Viper, which deals with a kidnapped journalist in Syria, and A Private War, a bio-epic about war correspondent Marie Colvin, show society’s morbid fascination towards violence towards journalists.

The hot topic of fake news is also placing more and more emphasis on the importance of high-quality journalism that strives to provide a true and accurate depiction of current affairs, and Wes Anderson’s recently-announced film, The French Dispatch, has been described as ‘a love letter to journalists.” For Pereira, there has never been a better time to release his film.

“The idea isn’t just to reflect what was happening at the time in Peru,” he said. “The film is going to have themes that are pertinent to current affairs issues everywhere. It’s not a film about the distant past, it’s about something that could be happening right now.”

The film is currently being produced and is scheduled to be released in March or April 2019. Curfew has the endorsement of numerous journalistic groups such as Reporters Without Borders and the Peruvian Journalists’ Association, among others. In 2016 it won the Peruvian Ministry of Culture’s national competition for fiction full-length feature films, and despite not getting the huge Hollywood budget he would have received if the film was set in Asia, Pereira’s dedication to his project is palpable.

“I want to preserve the independence in terms of editorial content,” he said. “That’s not negotiable for me. The story is so powerful that even if I need to spend two more years to finance it, I will. I don’t want to be a filmmaker, I want to tell this story. When it is released, it’s going to be an earthquake measuring 8.0 on the Richter scale. That’s the plan.”