No end in sight for martial law in Lima port district 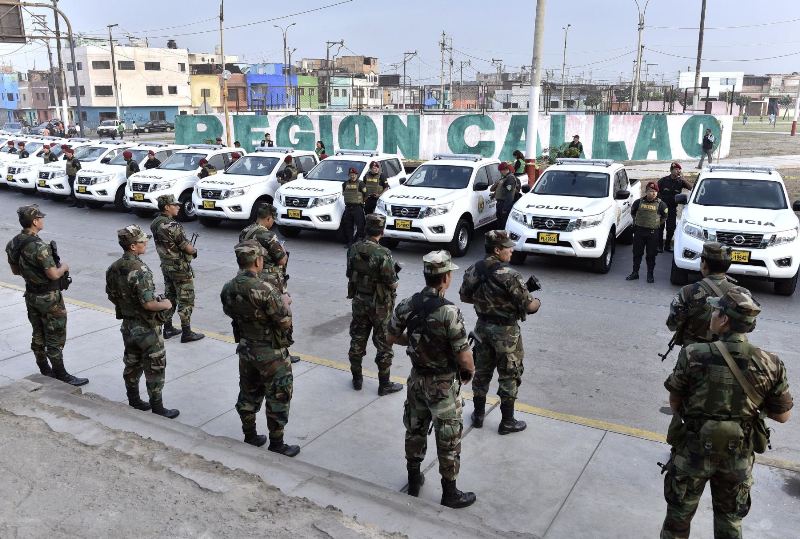 Peru has extended a state of emergency to prolong martial law in Lima’s port district of Callao in an effort to battle high crime.

Interior minister Jose Luis Perez announced the state’s decision at a press conference in Lima’s southern district of Villa Maria del Triunfo on Tuesday. The decree which takes effect from June 1 through July 30 is the fourth time martial law has been extended in Callao since a state of emergency was initially declared in December. It was last extended for 45 days in April.

“This is not ideal from any point of view, but [crime] is being reduced compared to what it was last year,” Perez said.

Perez said the government decided to extend martial law after receiving unanimous support from within Callao’s regional government. He touted the measure’s success in cutting gun violence by half and total crime by 30% to 40%.

However an El Comercio report published in February showed that martial law has had a limited effect in reducing crime in Callao and the northern port city of Chimbote, where martial law has been in effect in two provinces over the same period.

Callao saw 45 murders in the first five months of 2016, compared with 54 over the same period last year. At the same time, experts say that criminal gangs which operate in Callao have simply moved to other areas. Adolfo Mattos, mayor of the neighboring district of San Martin de Porres, told El Comercio that crime in his district increased 33% since martial law was implemented in Callao.

Mattos is one of several Lima officials who have formally requested the state to declare martial law in their districts due to high crime. The measure is popular among lower-class voters who live in Lima’s high-crime districts, a segment which forms the support base of presidential candidate Keiko Fujimori.

“My hand will not shake before declaring a state of emergency,” Fujimori reiterated during both presidential debates in signaling she would not hesitate to implement martial law. She said this month that she would consider declaring martial law throughout metropolitan Lima.

Crime tops the list of problems facing the country according to opinion polls, even before several high-profile murders of college students resisting robberies or the shooting of UFC fighter Valentina Shevchenko’s trainer at a chicken restaurant in Chorrillos.

However an El Comercio editorial recently condemned martial law as maybe being counterproductive.

“The impropriety of this measure can be serious if it diverts attention from truly useful reforms to attack the origins of the problem, such as strengthening police intelligence, training and properly equipping our officers and coordinating their operations with the prosecutors and the judiciary,” according to El Comercio. “A bad cure may be worse than the disease.”

Martial law in Peru suspends constitutional rights, allowing police to restrict citizens’ freedom of movement and freedom to assemble, as well as enforce curfews. The decree also suspends the protection from illegal search and seizure so police can enter homes and search vehicles without a search warrant.