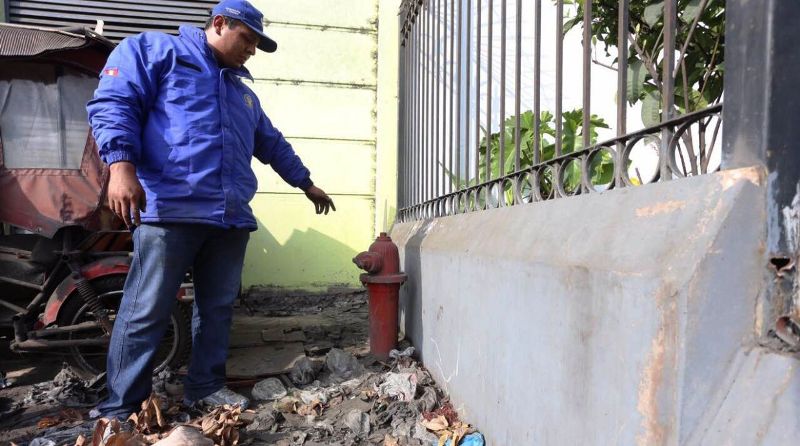 The city of Lima demolished fences, gates and walls on Avenida Argentina on Wednesday in a campaign to retake public space from private businesses.

Businesses along the busy downtown thoroughfare had erected various works over the years which effectively took public space from pedestrians. The companies used their newly acquired space for parking lots, security guard stations and employee control. The city of Lima embarked on a “recovery” mission, dispatching bulldozers and other heavy machinery to demolish the small structures erected by mostly textile companies.

“We have detected up to 18 companies that have illegally occupied the public space. We are not talking about an occupation of 50 square feet, but public spaces of great dimensions. That’s why we are proceeding to take down all these structures and re-establish pedestrian and vehicular access,” said a city official Cristian Rosenthal.

One fence was estimated to have been built 30 years ago. Workers found two inaccessible fire hydrants, blocked by concrete walls. One company’s parking lot took over 5,000 square feet of public space.

According to Rosenthal, some of the company representatives claimed they built the works years ago as a defense measure against the threat of terrorism in Lima. However he dismissed the relevance of that risk today and insisted on the recovery plan.

The city also levied fines of $1220 against the companies whose works had to be demolished.