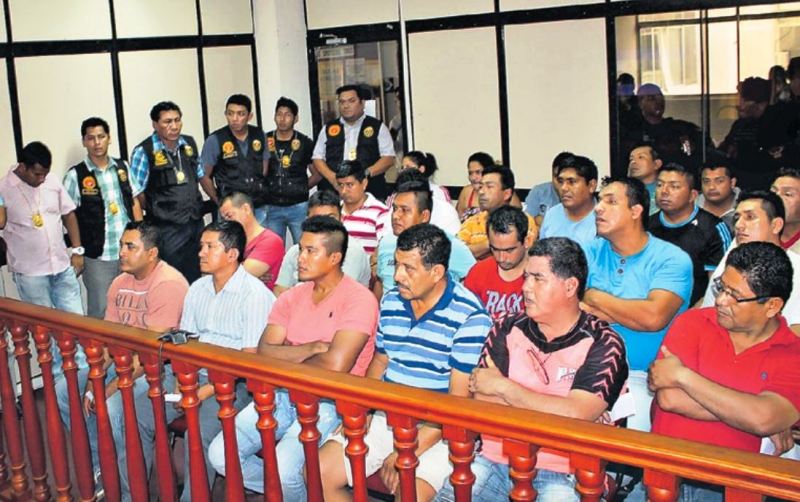 Police in Piura have arrested 29 members of a gang which included eight police officers and three lawyers.

Authorities in Peru led a massive operation in which more than 50 prosecutors from regions throughout Peru and 1,000 police officers raided more than 30 homes and 11 jail cells in Piura. Police arrested gang leader “Comandante Mela” as well as a leading inspector from Piura’s police force, seven junior officers, three lawyers and 17 other gang members.

Prosecutors say the gang earned money through hired murders, extortion, robberies and more. The gang was also responsible for the failed armed robbery of a Banco de la Nacion in Chulucanas in 2013.

“I just want to say to the people that, just because of a few bad apples, do not put all the national police in the same boat,” Piura police chief Dennis Pinto told La Republica. “They were prepared to fight organized crime, but unfortunately they ended up involved in crime.”

The operation culminated an eight-month investigation which included telephone and video surveillance of the gang members.

“This says a lot about the new attitude of the police and prosecutors,” a Piura community leader told La Republica. “For me this is a clear message. The public will start to see law enforcement in a new way.”