Over 3,000 years of ancient Peruvian civilization is on display in Paris this summer 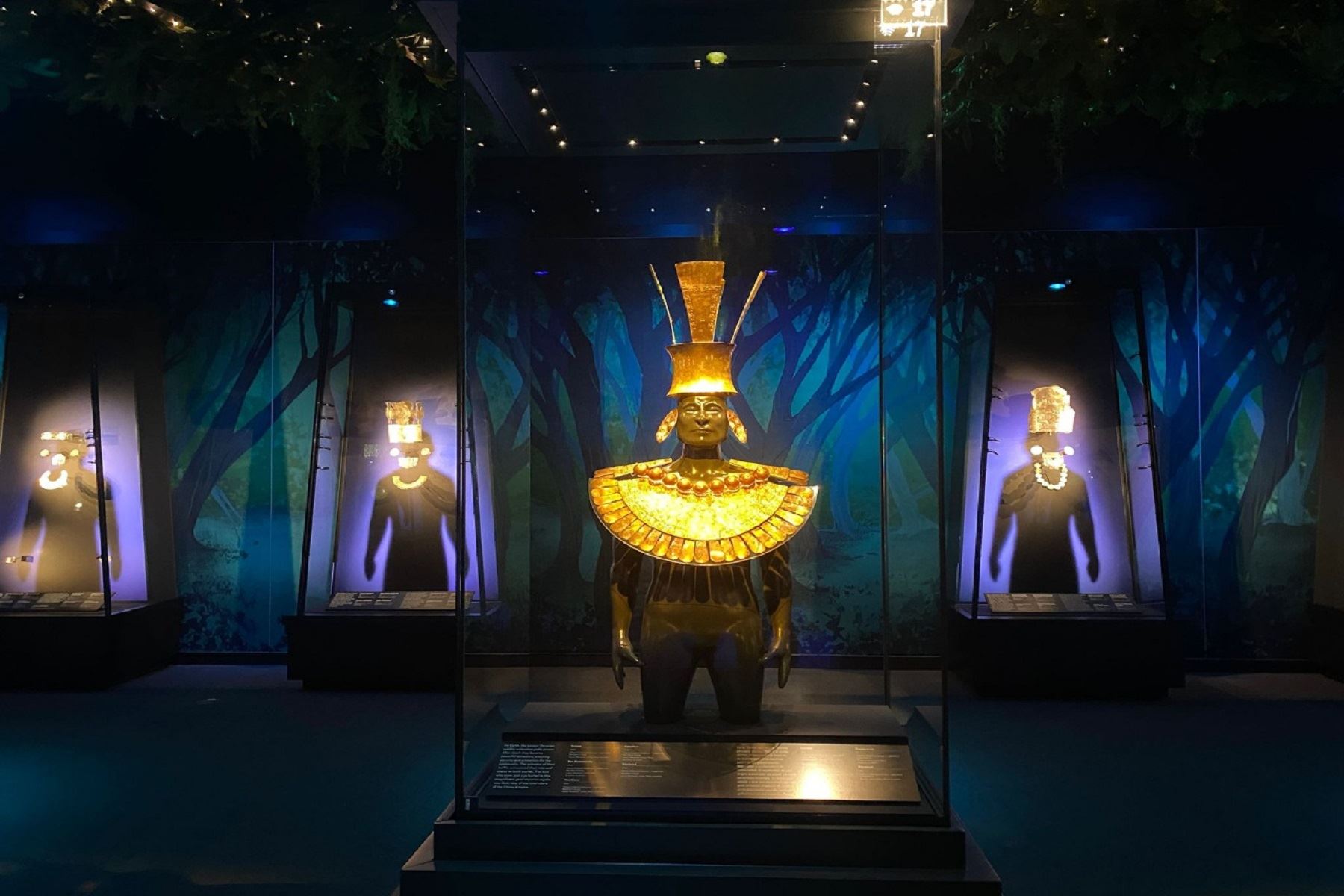 Over 3,000 years of ancient Peruvian civilization is on display at the Cité de l’Architecture et du Patrimoine in Paris, France. The exhibition, which runs until September 4, combines virtual reality and hundreds of archaeological treasures from ancient civilizations in Peru.

“Machu Picchu and the Golden Empires of Peru” will feature 192 pieces –some of which have never left Peru until now– coming from the royal tombs of some pre-Incan civilizations such as Chavín, Nasca, Mochica, Wari, Chimú, as well as artifacts from the impressive Incan Empire.

The exhibit is organized by World Heritage, an organization that promotes cultural events, and Lima’s Larco Museum, which lent the historical objects.

“This exhibition presents a synthesis of the pre-Columbian cultures that developed in ancient Peru and that ended with the Inca empire, and with this symbol for us as important as Machu Picchu,” explained Ulla Holmquist Pachas, Larco Museum’s director in an interview with Spanish press agency EFE.

Among the objects on display include ceramics, textiles, jewelry, headdresses, earrings, funerary masks, imperial dresses, silver crowns, and hundreds of the most impressive gold pieces ever exhibited. 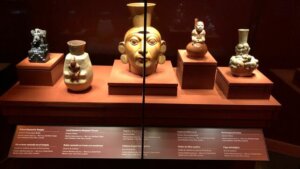 Archaeological pieces of the ancient civilizations of Peru in the exhibition “Machu Picchu and the Golden Empires of Peru”. Image courtesy of Museo Larco.

In addition, visitors can soar high in the clouds above the iconic Machu Picchu ruins via a virtual reality tour which takes them into a simulation of what life during this empire would have looked like, including ancient constructions, crop growing, and the daily rituals of the Incas. Machu Picchu is considered one of the “Seven Wonders of the World” and is inscribed on the list of UNESCO World Heritage Sites. 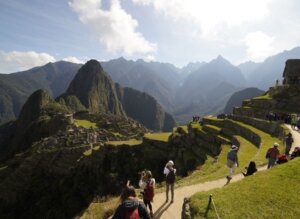 “This exhibition brings a unique experience, to learn about Machu Picchu in an unprecedented way; even when you travel to the site, you can’t see it this way,” said Andrés Álvarez Calderón, Larco Museum’s president. “This experience was made with very high-resolution drones during the pandemic, when there was no one at the archaeological site to fly over Machu Picchu.”

After its stopover in Paris, the exhibition “Machu Picchu and the Golden Empires of Peru” will travel to other cities around the world.