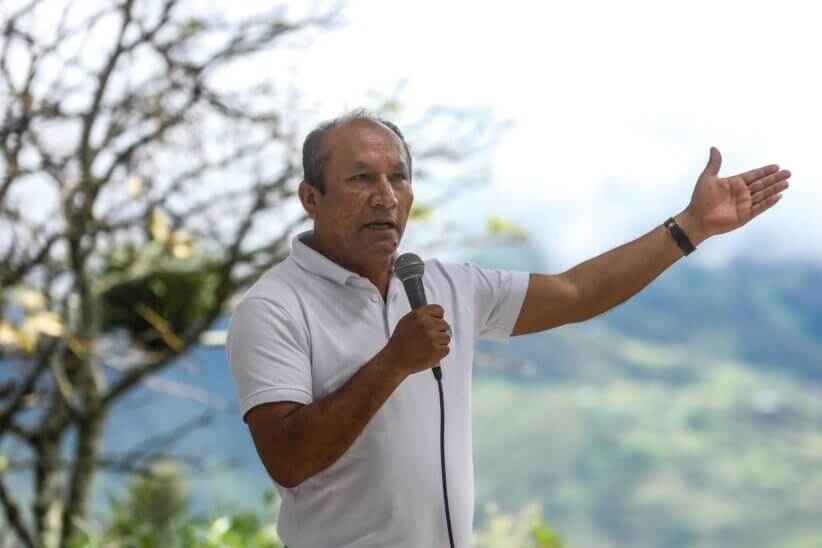 According to Peru’s Interior Minister, an international arrest warrant has been issued with Interpol for the country’s former Minister of Transport and Communications, Juan Silva, who is wanted for corruption charges and is currently in hiding.

“We have been behind this Interpol order so that 194 countries can be aware that this person is being sought worldwide,” Interior Minister Dimitri Senmache told local media on Monday. The minister also mentioned that although they’ve issued the international arrest order, the ministry believes that Mr. Silva is hiding out in Peru.

On June 7, Peru’s Public Ministry ordered the arrest of former Minister Silva to answer for the alleged crimes of criminal organization and collusion related to the awarding of public works contracts to Peruvian and Chinese construction companies for the construction of the Tarata bridge in north-central Peru. The investigation has since expanded to include Peru’s President Pedro Castillo.

In the recording, Mr. Villaverde is heard talking to Mr. Silva about the delivery of “one hundred grand” (about USD $26,000) in a suitcase. The money is allegedly a bribe for Mr. Silva, in exchange for awarding the tender for the construction of the Tarata bridge.

“100 grand for you. This is a small sample, it is a present of a good sign,” said  Mr. Villaverde on the recording.

On the night of June 10, prosecutors and police raided three of Mr. Silva’s properties in Lima in order to find information about his location.

The Ministry of the Interior is also offering a reward of 50,000 soles (about $12,000 USD) for information that leads to the capture of Mr. Silva.

On May 27, Attorney General Pablo Sánchez asked the National Police to monitor and surveil the former minister. Despite the request, the police have been unsuccessful in finding the suspect.

To clarify this issue, Mr. Sánchez asked the police for the surveillance report with all the decisions made since May 27 by their team of investigators on the case.

According to the Attorney General’s office, the police have so far submitted an incomplete report, and eight days of video surveillance information have been omitted.

In addition to Mr. Silva, two other people are fugitives related to the alleged corruption ring inside the Ministry of Transport and Communications involving the Tarata bridge case: Former presidential secretary Bruno Pacheco and President Castillo’s nephew, Fray Vásquez.