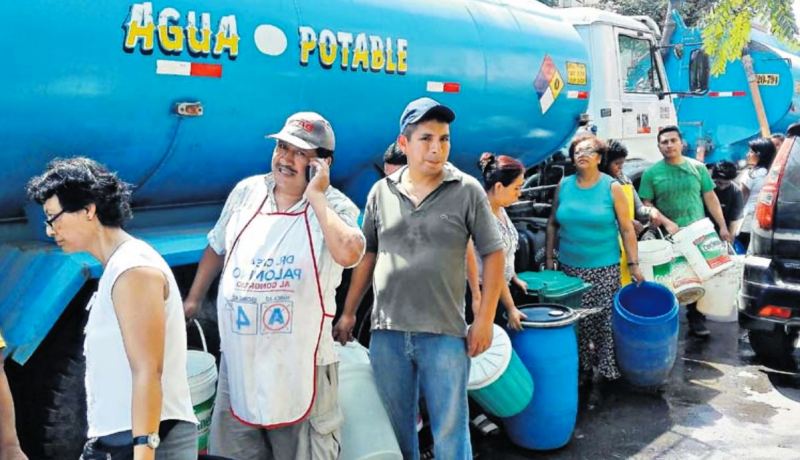 Lima’s water utility is considering a lawsuit against a city contractor for construction delays which prevented water service to more than 1 million residents for two days.

Water company Sedapal announced beforehand it would shut off the water supply to 14 districts of central and western Lima on Monday for 24 hours. The service suspension was due to construction of the 28 de Julio bypass in downtown Lima, which requires building a new pipeline to reroute a key feeder around the bypass.

“The company finished the pipe on Tuesday, long after the scheduled time. When we opened the valves that night, a leak sprung in one of the connections. That led to another delay,” Sedapal commercial manager Jorge Gomez told El Comercio.

Gomez said that water service was restored at 3 a.m. on Wednesday morning, almost two days after it was shut off. However residents in some districts did not have water for several more hours. Gomez explained that districts with many apartment buildings like Breña, Jesus Maria, Pueblo Libre and San Miguel first filled water tanks, reducing overall water pressure. Residents on the top floors of tall buildings did not have water until Wednesday night.

Temporary shutoffs of electricity and water are not uncommon in Lima and greater Peru. But in most instances, the stoppages last only 12 hours. Sedapal sent tanker trucks to deliver free water in each of the affected districts on Tuesday and Wednesday.

“Our legal department is taking action against the Municipality of Lima’s contractor,” Gomez told Canal N. “It is being evaluated. I cannot say right now what kind of action, but there must be some kind of penalty.”