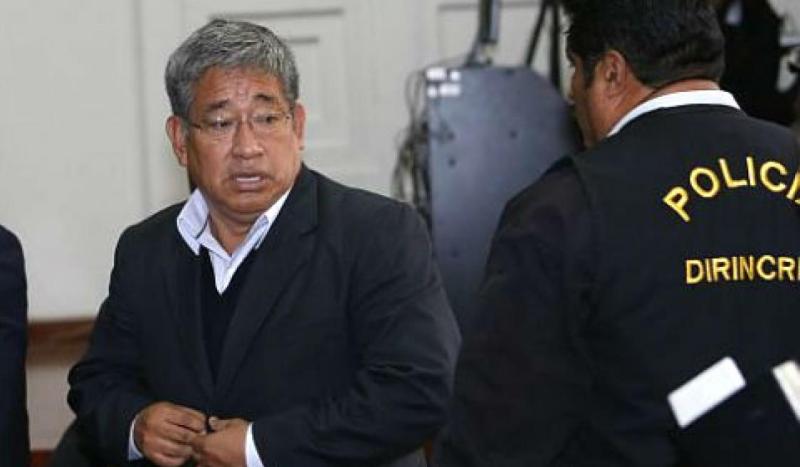 A court sentenced the former lawyer for Alan Garcia, Miguel Facundo, to a prison sentence of 13 years and eight months today for his role in the “narco-pardons” scandal.

Today a court found Facundo guilty of criminal conspiracy and accepting illegal bribes in exchange for the early release of at least three drug traffickers.

After helping Garcia legally qualify to run for president of Peru in 2006, Facundo was appointed to head a pardons program in which over 5,000 convicted criminals received commuted sentences or pardons between 2006 and 2011. While Garcia’s program looked to ease the burden on overcrowded prisons and offer offenders a second chance, a congressional commission found that the program was used to collect bribes and other benefits from drug traffickers in exchange for their release.

“The criminal organization based on narco-pardons was discovered by the ‘mega-commission’,” tweeted Sergio Tejada, president of the congressional committee which investigated corruption in Alan Garcia’s second presidency. “[The commission] has been vindicated before the maliciousness from many.”

The court also found six lower officials of Facundo’s clemency commission guilty, two of which received prison sentences of more than 10 years and four of whom received suspended sentences.

While the aim of the clemency program was to give convicts a second chance, the congressional committee found a disproportionate number of drug traffickers received pardons and commutations. Investigators believe that Facundo intentionally identified convicts who could pay bribes to him and other APRA party leaders.

The APRA party looked to minimize the political damage in a statement which said that, of thousands of pardons, Facundo was found guilty for accepting bribes in only two cases.

Prosecutors will now look to charge Garcia’s former justice minister Aurelio Pastor, who was recently released from prison after being absolved of influence-peddling charges. Pastor has denied any knowledge of Facundo’s pardons program.

An Associated Press story from last month quoted several sources who claimed that Peru’s pardons program under Garcia released more convicted criminals than any other program in the world.

The narco-pardons scandal and drug baron Gerald Oropeza’s links to the APRA party have tainted presidential candidate Alan Garcia as the most corrupt in the minds of Peru’s voters.