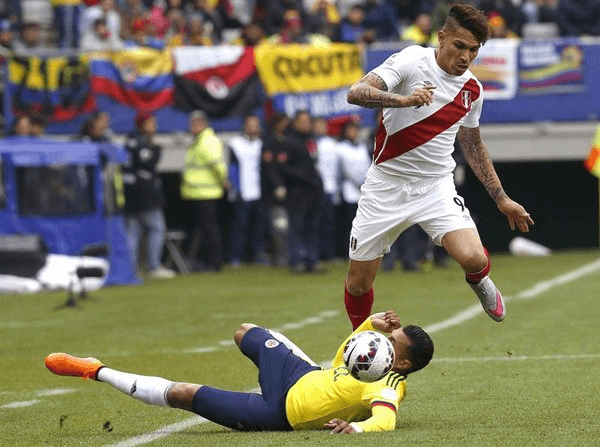 If you thought the long, strange saga involving Peru national team captain Paolo Guerrero and the now-infamous cup of coca leaf tea was over, you’d be wrong.

Guerrero was initially being suspended for 14 months by the Court of Arbitration for Sport for a positive drug test showing trace elements of cocaine after he drank a traditional coca tea, known locally as maté de coca, at the Swissotel in Lima following a World Cup qualifier in October. A Swiss tribunal ultimately overturned the decision right before the World Cup began in mid-June, allowing Guerrero to take part in Peru’s first World Cup in 36 years.

But hard feelings from Peru’s all-time leading goalscorer have clearly not passed, as Guerrero registered a lawsuit against Swissotel on Tuesday for “violating professional confidentiality and misrepresentation,” according to Andina news agency. Guerrero and his lawyers claim that the Swissotel chain in Lima illegally revealed confidential information to the World Anti-doping Agency in a February email correspondence.

According to news site El Comercio, which broke the story, Guerrero states in the 132-page lawsuit: “My private information and that of the Peruvian Football Federation was divulged, for instance, asking what I consume at the hotel, with whom do I consume it, where do I consume it, and how do I consume it, etc.; without asking for my permission.”

The lawsuit also mentions that the information given by Swissotel to the World Anti-Doping Agency may have ultimately led to an increase in Guerrero’s suspension from six to 14 months before he was ultimately cleared.