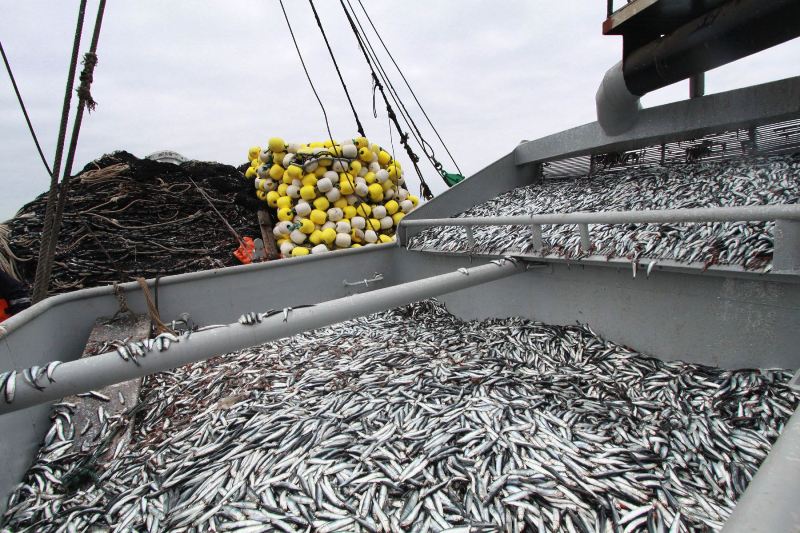 Peru’s government announced today that it will authorize as second anchovy fishing season in 2015.

Peru’s production ministry has authorized a catch of 1.1 million tons beginning on Nov. 17 in the north-central zone of the Pacific Ocean. The quota is less than half of the 2.8 million tons allowed in the first season of 2015. The season will end on Jan. 31 or when the maximum catch is reached.

The fishing industry had been watching closely to see whether Peru would allow a second catch since oceanic administration Imarpe released a population study last month showing a biomass of just 3.4 million tons. To approve an industrial anchovy fishing season, studies must show a population of at least 4 million tons.

Industry representatives claimed that the first study was taken during a wave of warm waters which temporarily scattered the anchovy schools. Subsequent studies showed populations in excess of 6 million tons, prompting Peru’s production ministry to authorize a second season.

Due to extreme conditions caused by a strong El Niño phenomenon, three total population studies were conducted between August and October.

“It was not enough to have just one measurement, nor was it responsible to make decisions without the best possible scientific information,” said production minister Piero Ghezzi. “All the tools at its disposal have enabled Imarpe to deliver its final report and gain greater credibility.”

Not all industry leaders were hoping for a second anchovy season. Some fishermen prefer to err on the side of conservation in order to preserve future populations.

“We are asking for a total ban for all fishing sectors, both artisanal and industrial, a comprehensive prohibition,” said a fishermen’s union leader in Chimbote. “There may be increased biomass but it is a young population.”

Peru’s production ministry maintains that the quota of 1.1 million tons will maintain a population of 5 million tons.

Peru did not have a second anchovy season in 2014 due to small populations, causing a 28% drop in the industry’s economic output.

Peru is the world’s leading producer of anchovy, a key ingredient in fishmeal used to feed livestock. A second anchovy season can affect Peru’s GDP growth by as much as a percentage point per year.

Peru’s mining-dependent economy has been hit by falling commodity prices and an extraordinary El Niño is expected to further hamper economic growth in 2015 and 2016.