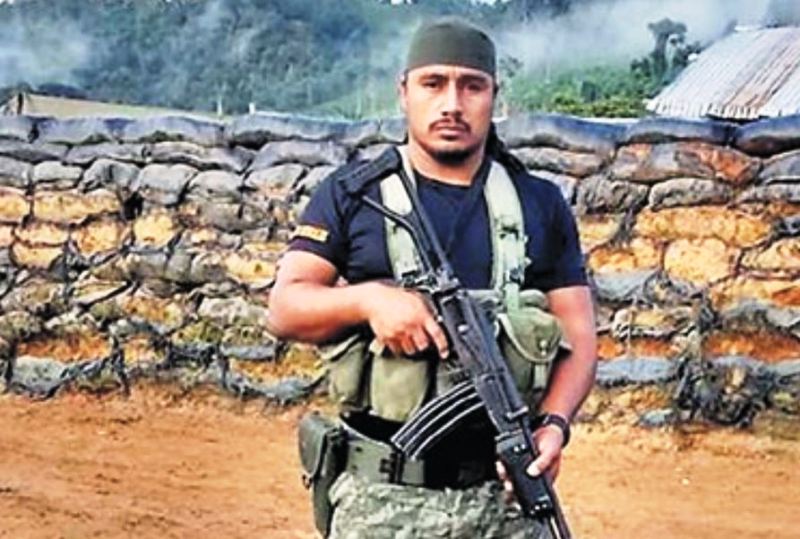 Police have arrested an army lieutenant for providing information to drug-trafficking gangs in the VRAEM region of Peru.

Police arrested army lieutenant Wilber Delgado in the Satipo province of Junin yesterday. Delgado, who had been station in the VRAEM for seven years, was eating lunch with three alleged drug traffickers who were also arrested.

The arrest is the result of a joint operation between Peruvian police, organized crime prosecutors and the DEA to investigate the military’s role in drug trafficking in the country’s top coca-producing region. The DEA intercepted Delgado’s cell-phone conversations for the last year and collected significant audio evidence of him coordinating flights between Bolivia and clandestine airstrips in Junin.

Investigators told La Republica they have uncovered what they called a “longstanding relationship” between military officers and drug traffickers. Prosecutor Irene Mercado said high-ranking officers can charge drug-trafficking gangs as much as $15,000 per month to operate.

Yesterday’s arrest of a military officer comes one week after an in-depth report by the Associated Press exposed complicity between Peru’s military and drug trafficking gangs. A retired general from Peru’s army told the reporter that having the military combat drug trafficking in the VRAEM is “like putting four street dogs to guard a plate of beefsteak.”

Peruvian police told the AP that they do not trust the military in the VRAEM. One source shared intelligence about arriving flights with local military officials until becoming frustrated when the planes did not show. When his team acted alone without notifying the military, the raid seized the plane and 787 pounds of cocaine and arrested the pilot.

The AP report also highlighted how honest police are incapable of stopping the drug planes. Two narcotics agents gave the news service videotapes of small planes unloading cash and reloading drugs before returning to Bolivia. Outgunned before men with assault rifles in a lawless region, the police can only watch.

In August Peru enacted a law which would allow the air force to shoot down drug planes which refuse to land. However the government since balked at buying the necessary radars to implement the new policy.

The annual coca crop survey by the United Nations showed that Peru’s production of cocaine fell below that of Colombia last year. However the VRAEM is still one of the world’s top producing regions supplying South American and European markets.