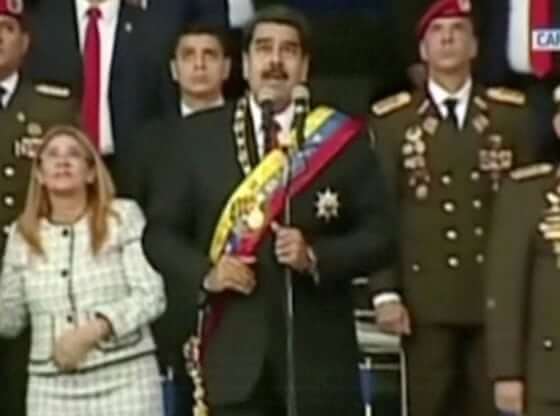 An attempted drone attack on Venezuela President Nicolás Maduro during a speech earlier this month now involves Peru. According to a statement from the Ministry of Foreign Affairs, Maduro and other Venezuelan officials have requested that Peru help in the search for suspects.

The relations between the two countries have not always been the best, as Maduro refused to come to the Summit of the Americas in Lima earlier this year, even though his invitation had been rescinded by former president Pedro Pablo Kuczynski.

The Venezuelan government’s official stance on the attack is that it likely happened per instructions from a foreign government or from Venezuelans against Maduro who now live abroad. According to the Peruvian government, Venezuela is looking for a pair of suspects who are Venezuelan citizens.

“Today the Peruvian embassy in Caracas received Venezuela’s foreign ministry’s request to find two Venezuelan citizens sought by that country’s authorities for their presumed involvement in what that government calls an ‘attack against the President of Venezuela,” Peru’s ministry said.

There are about 400,000 Venezuelans who have migrated to Peru, including a single-day record of 5,100 that just entered Peruvian borders on Saturday of last week.

Peru’s government said it is collaborating with Venezuela to locate the suspects and confirm whether or not they are in Peru.

According to Reuters, a pair of decorated military commanders were arrested on Tuesday as Maduro’s investigation into the attacks continues. That now puts the total number of arrested at 14 as Maduro and his government look for more suspects.