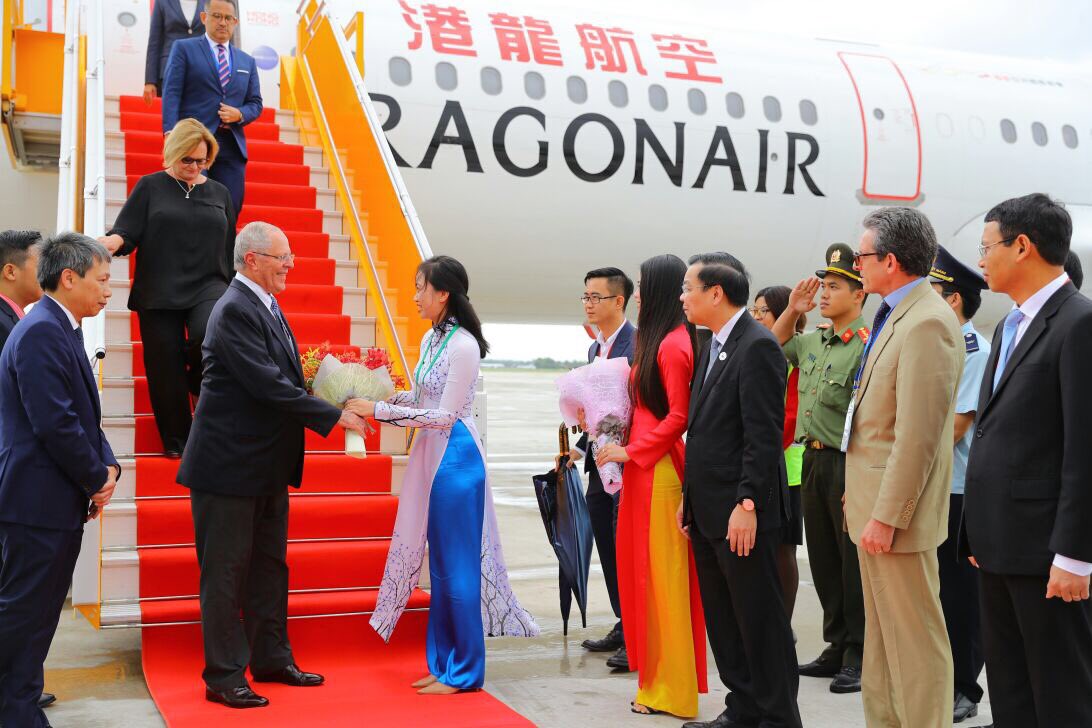 The PAFTA is expected to boost both countries' economies.

Peru and Australia signed a free trade pact today that does away with 99% of tariffs on imported goods from Australia, securing Peruvian exporters greater access to Australian markets.

For Peru, the PAFTA means greater access to a market for its agricultural products, including avocados and other fresh fruits, seafood, and cotton clothes. Other major exports to Australia will include chemicals, iron, steel, zinc and construction equipment.

“The deal creates endless opportunities for Peruvian exporters,” stated Eduardo Ferreyros, Minister of Foreign Commerce and Tourism of Peru. “Australia purchases US$200 billion worth of goods each year.”

President of Peru, Pedro Pablo Kuczynski, announced the deal on Twitter, along with his belief that the agreement will boost employment and attract investment.

Australian sugar growers are expected to be the great beneficiaries of the deal. The agreement grants them access to around a large portion of the Peruvian sugar import market. “Australia’s sugar market access is more than any other sugar exporting country has achieved in the last twenty years and equivalent to roughly 30 per cent of Peru’s sugar imports,” stated Malcolm Turnbull, Prime Minister of Australia, in a press release.

Towards an open economy

Speaking for the second straight year at the APEC Summit, President Kuczynski reiterated his country’s support for free trade and warned about the dangers of protectionism.

The deal emerges from five months of talks and underscores Peruvian support of free trade agreements, in spite of the collapse of the Trans-Pacific Partnership (TPP) and the growing frequency of protectionist-oriented economic policies–most notably, those of the Donald Trump US administration.

Peru has entered into bilateral agreements under the APEC framework with China, Vietnam, and Japan. It remains to be seen whether this most recent agreement will help sustain the healthy growth the nation has seen of late.

With a growth of 3.9% in 2016, Peru was Latin America’s fastest growing economy at the beginning of 2017.  GDP growth has since been recovering after destructive floods and a graft scandal.  Still, the government has predicted a very healthy growth rate of 4.2% for 2018.

Peru 0-0 against New Zealand in Wellington