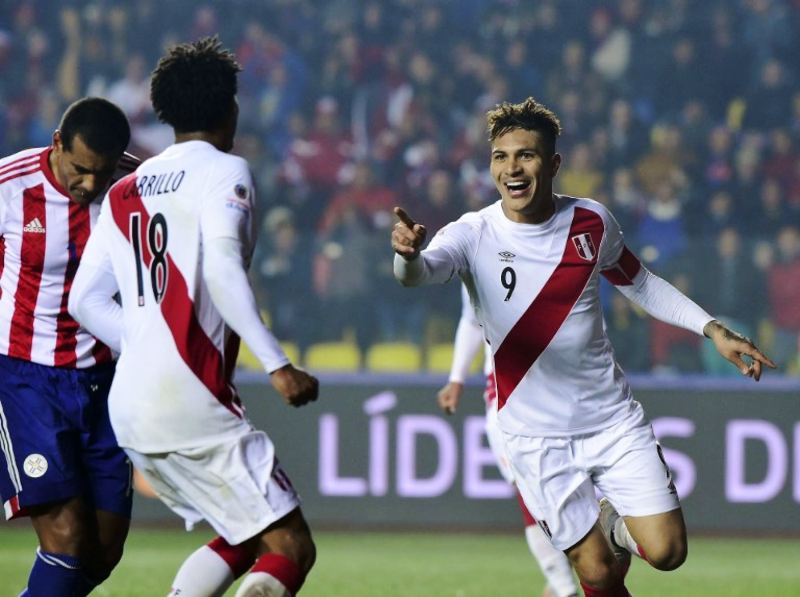 After a scoreless first half, Peru earned a corner kick just minutes into the second half. The cross pass was headed twice around the penalty area before coming to Andre Carrillo, who buried it into the lower right corner of the goal to put the Peruvian squad up 1-0.

In the final minutes of the game, Peru’s forwards led a running five-on-four attack when Joel Sanchez fed Paolo Guerrero a cross pass a few yards in front of the goal. On the run, Guerrero fired a shot which deflected off the goaltender’s feet and into the goal to make the game 2-0 just before stoppage time.

“It was a tough game but we kept calm the whole time. We moved the ball intelligently and we were able to score. It’s true we got third place, but our aim was to be in the finals even though we couldn’t for various reasons,” Guerrero said after the game. “This win goes to our families and the Peruvian fans who were always with us. I think we did a great job!”

Guerrero’s goal was his fourth of the tournament, which ties him for top scorer with Chilean striker Eduardo Vargas, who scored two in Chile’s win over Peru. If Vargas does not score a goal in tomorrow night’s tournament championship against Argentina, he and Guerrero will share the Golden Boot scoring title for the 2015 Copa America tournament. Since Guerrero scored the most goals in the 2011 tournament, earning it in 2015 would make him the first player to win consecutive Copa America scoring titles since Uruguayan striker Pedro Petrone won titles in both 1923 and 1924.

Guerrero’s goal tonight was his 25th while playing for Peru’s national team, surpassing Teodoro “Lolo” Fernandez for second place and only one goal behind all-time Peruvian scoring leader Teofilo Cubillas.

Watch highlights from the game below.