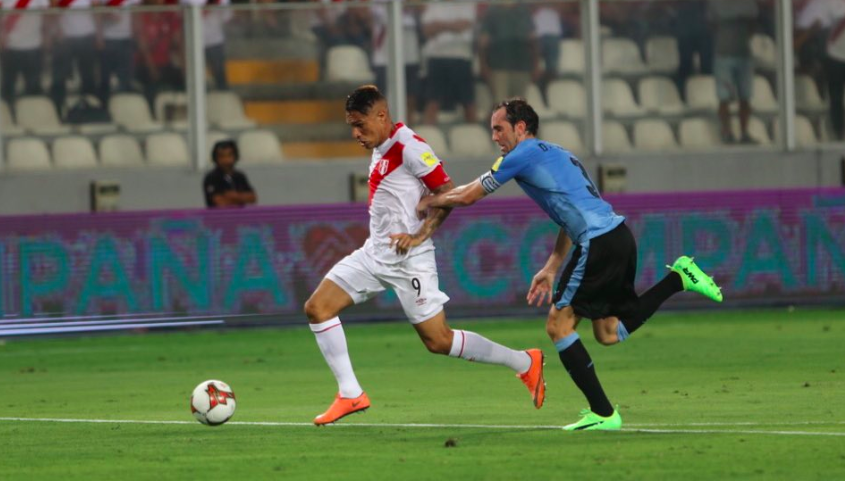 The 14-month suspension against Peru national team captain Paolo Guerrero is being upheld by FIFA, the Spanish-language news source Agencia Andina reports. Despite a meeting with FIFA President Gianni Infantino where Guerrero was able to present his case against a positive drug test that has been attributed to a cup of coca tea, the 34-year-old captain will miss the 2018 World Cup as his ban remains.

Infantino said Tuesday that he understands Guerrero’s disappointment with the decision from the Court of Arbitration for Sport (CAS), but that FIFA was unwilling or unable to lift the CAS decision that was made on an appeal of what was initially a six-month suspension.

On the field, Paolo Guerrero has never been forgiving to Peru’s opposition, as evidenced by the captain’s all-time leading goal record of 32 goals for La Blanquirroja. That doesn’t mean, however, that Peru’s opposition won’t forgive him off the field.

The captains of Peru’s three group stage rivals in next month’s World Cup from France, Denmark, and Australia signed a joint letter asking FIFA to waive Guerrero’s extended ban of 14 months and allow him to play in the tournament. In news first reported by the world players’ union FIFPro on Monday, France’s Hugo Lloris, Denmark’s Simon Kjaer, and Australia’s Mile Jedinak signed a statement requesting Guerrero be allowed to play in June’s games in Russia.

LATEST: National team captains of France, Denmark and Australia have today joined @FIFPro in asking @FIFAcom to let Paolo Guerrero play in the @FIFAWorldCup. An official letter signed by Hugo #Lloris, @simonkjaer1989 and Mile #Jedinak has been sent to @FIFAcom. #Solidarity pic.twitter.com/4fGZLSgA2a

Part of the letter signed by the players on behalf of FIFPro reads: “Given the exceptional circumstances which pertain to this matter, we respectfully ask the FIFA Council to show compassion with Paolo Guerrero who has given the utmost for his national team since 2004 and has recently achieved one of the highest possible honors for any national team player; qualifying for the FIFA World Cup. In our view it would be plainly wrong to exclude him from what should be a pinnacle of his career – an achievement he has worked so hard for, and for so many years – on the basis of a finding which confirms that he did not intend to cheat and did not intend to enhance his performance with prohibited substances.”

Guerrero, alongside Peru Football Federation head Edwin Oviedo, traveled to Switzerland on Monday to speak with top FIFA brass Tuesday about a possible appeal regarding Guerrero’s harsh sentence for testing positive for cocaine. The Peru national team star has said that the positive test stemmed from a cup of coca tea that was served to him at a Lima hotel. The drink – often called mate de coca in Spanish – is native to indigenous Andean cultures and often used to combat altitude sickness.

FIFA findings previously admitted that there is evidence to suggest that Guerrero did indeed test positive for cocaine merely because of ingesting the tea. Importantly, FIFA’s conclusion also noted that Peru’s captain did not attempt to “improve his performance” by using the substance. However, the extended suspension from the Court of Arbitration for Sport (CAS) moved a previous six-month ban to 14 months last week.

It is unknown when FIFA will make a final decision that could possibly overturn CAS’ ruling. However, there is a June 4 deadline for all countries to announce final rosters ahead of the tournament that kicks off on June 14.

Thousands of fans in Peru held a rally at Lima’s National Stadium on Sunday to protest the decision that would keep Guerrero from playing in the country’s first World Cup appearance in 36 years.

In case you’re wondering how much Perú loves Paolo Guerrero, here’s Estadio Nacional with the official rally pleading for amnesty and showing support. Guerrero’s mother is joined by mothers of other players, fans, etc. [@SilvanaVanita94)pic.twitter.com/B4lfD1uiQJ

*As this is a fluid news item, PeruReports will update this story as new information becomes available.