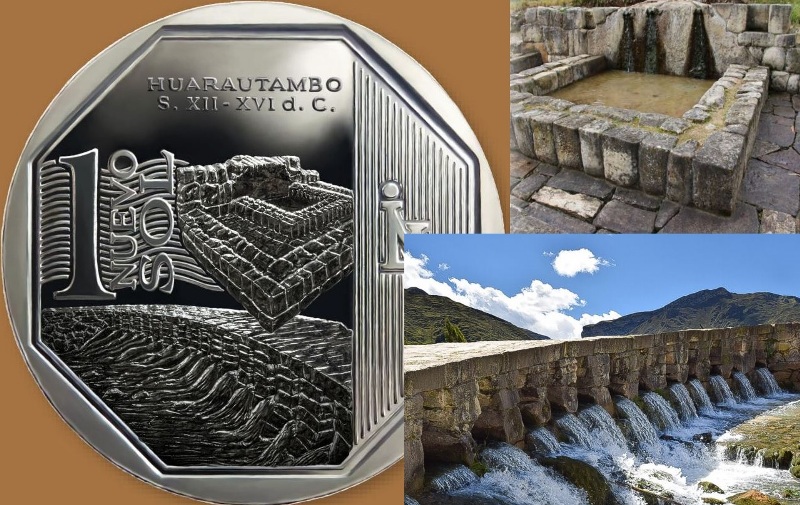 The bank will issue 12 million of the coins featuring the Huarautambo site’s stone pool and the Inca bridge which resembles a dam. The Huarautambo coin is the 22nd of what will eventually be 26 in the Wealth and Pride series.

“Huarautambo is an Inca empire settlement whose function was to serve as a boarding house and sanctuary. It is located four miles from the Yanahuanca district in Pasco,” reads a press release from Peru’s central bank. “It formed part of the Qhapaq-Ñan Inca road system and is one of its most elegant resting sites. It is located halfway between Cusco and Cajamarca in the middle of the Andes mountains at 11,800 feet in altitude.”

The Huarautambo site was built between 1460 and 1470 by the Pachacutec Inca. The site features the 400-square-foot Inkawasi palace, the Warmihuasi building believed to house the Inca’s harem and a 40-square-foot stone pool built of polished stone.

Other coins in the Wealth and Pride series highlight Machu Picchu, the Lima cathedral, the Real Felipe fortress in Callao, the Santa Catalina monastery in Arequipa, the Huaca de la Luna building built by the Mochica culture near Trujillo and more. The last coin issued in the series featured architecture from the southern state of Moquegua.