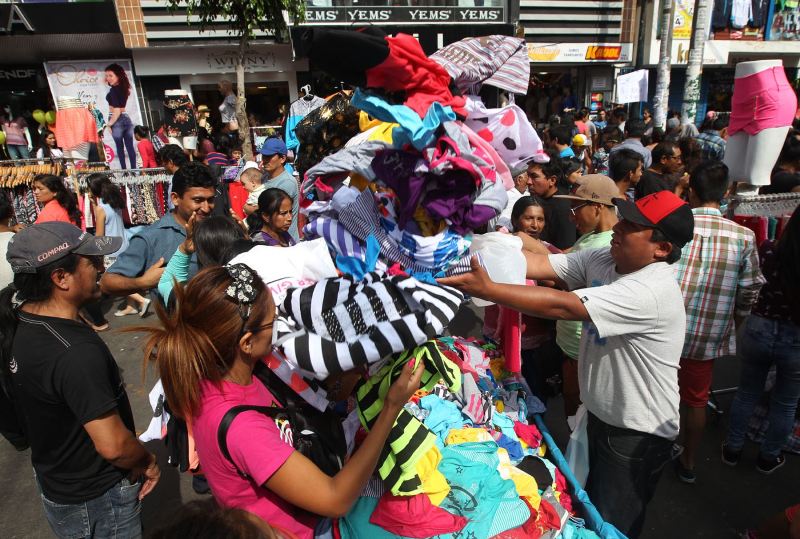 Inflation data in Peru showed prices in May picked up slightly since April but continued a downward trend with an annualized rate of 3.5%.

Peru’s INEI statistical agency said that prices rose 0.2% in May, slightly higher than April’s 0.0% but lower than the 0.6% during the same month last year. The annualized rate fell from 3.9% to 3.5% in line with economists’ expectation that inflation will converge with the central bank’s target of 1% to 3% by the end of the year.

Prices for consumer goods actually fell as rising energy, healthcare and transportation costs drove increased prices this month. Food prices felt less pressure with the end of the El Niño climate phenomenon which destroyed many of Peru’s crops. Imports benefited from the slight recovery of the sol, which recovered from a peak of 3.53 per dollar in February to as low as 3.24 after elections in April.

“For the remainder of the year we expect inflation will continue to decline in an environment of normalizing some food prices which rose for the effects of weather anomalies, the absence of demand pressures, the downward adjustment of inflation expectations and tighter exchange rate,” BBVA Research economist Hugo Perea told El Comercio.

While BBVA Research has forecast inflation declining to 3% in 2016, other banks have signaled that it will finish 2016 just above target.

“Uncertainty about a possible rate hike by the U.S. Federal Reserve, Brexit and the U.S. election will drive exchange-rate volatility in the short term,” Scotiabank economist Mario Guerrero told El Comercio. “Only in 2017 will inflation enter the central bank’s target of 3%, and in 2018 the rate will be 2.8%.”

Peru raised its key interest rate from 3.25% to 3.5% in September when inflation reached 4%, a full percentage point above the central bank’s target. It continued hiking the rate incrementally over the next six months to 4.25%.

The central bank has left its rate unchanged at 4.25% since March as inflation has eased and GDP growth picked up. Economists expect the bank to leave the rate unchanged until the U.S. Federal Reserve raises its interest rates.

This is Peru’s Fujimori-controlled Congress for 2016-2021