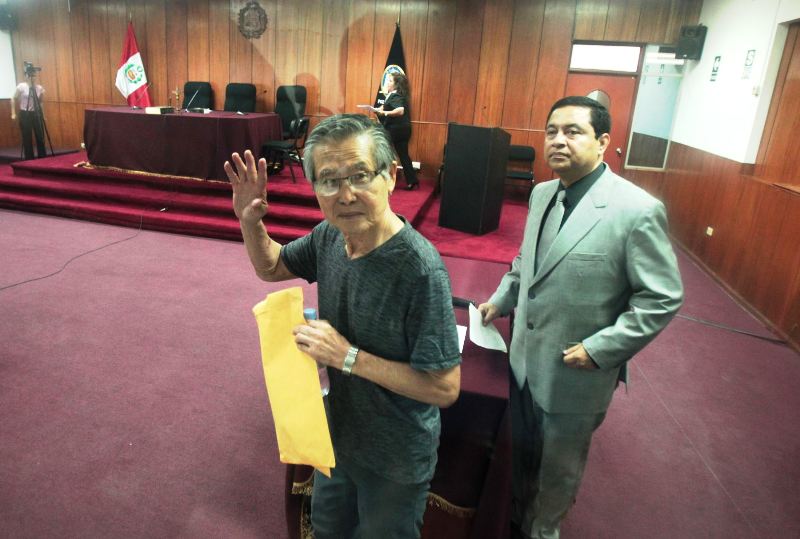 An appeals judge in Peru rejected former President Alberto Fujimori’s request for habeas corpus to overrule his prison sentence of 25 years for murder.

Fujimori filed his legal appeal in July, alleging that judge Cesar San Martin had violated Fujimori’s right to due process after emails surfaced showing that San Martin had consulted with a Spanish legal expert on what Fujimori’s criminal punishment should be.

“Both courts were a product of a due process in which all fundamental rights were respected,” judge Maria Niño wrote in her decision. “And during the trial proceedings the defendant and his lawyers did not contest any of the points that they now claim.”

In 2009 Fujimori was convicted and sentenced to 25 years in prison for ordering the murder of civilians in the Barrios Altos and La Cantuta summary executions.

Last November, Fujimori appealed for his sentence to be overturned based on the fact that his intelligence chief Vladimiro Montesinos was convicted as the material author of the killings, and that there cannot be more than one material author. That appeal was denied.

A growing number of politicians in Peru have expressed their support for pardoning Fujimori, who is widely credited with establishing security in the country during its war with the Shining Path as well as putting the economy on its current path of regional leadership in growth with mass privatizations of state firms.

Congressmen from other political parties have also stated support for a pardon. Leading presidential candidate Keiko Fujimori has declined to state whether she would pardon her father if elected President.

Before being found guilty of murder, Fujimori was sentenced to six years’ imprisonment in 2007 for abuse of power.