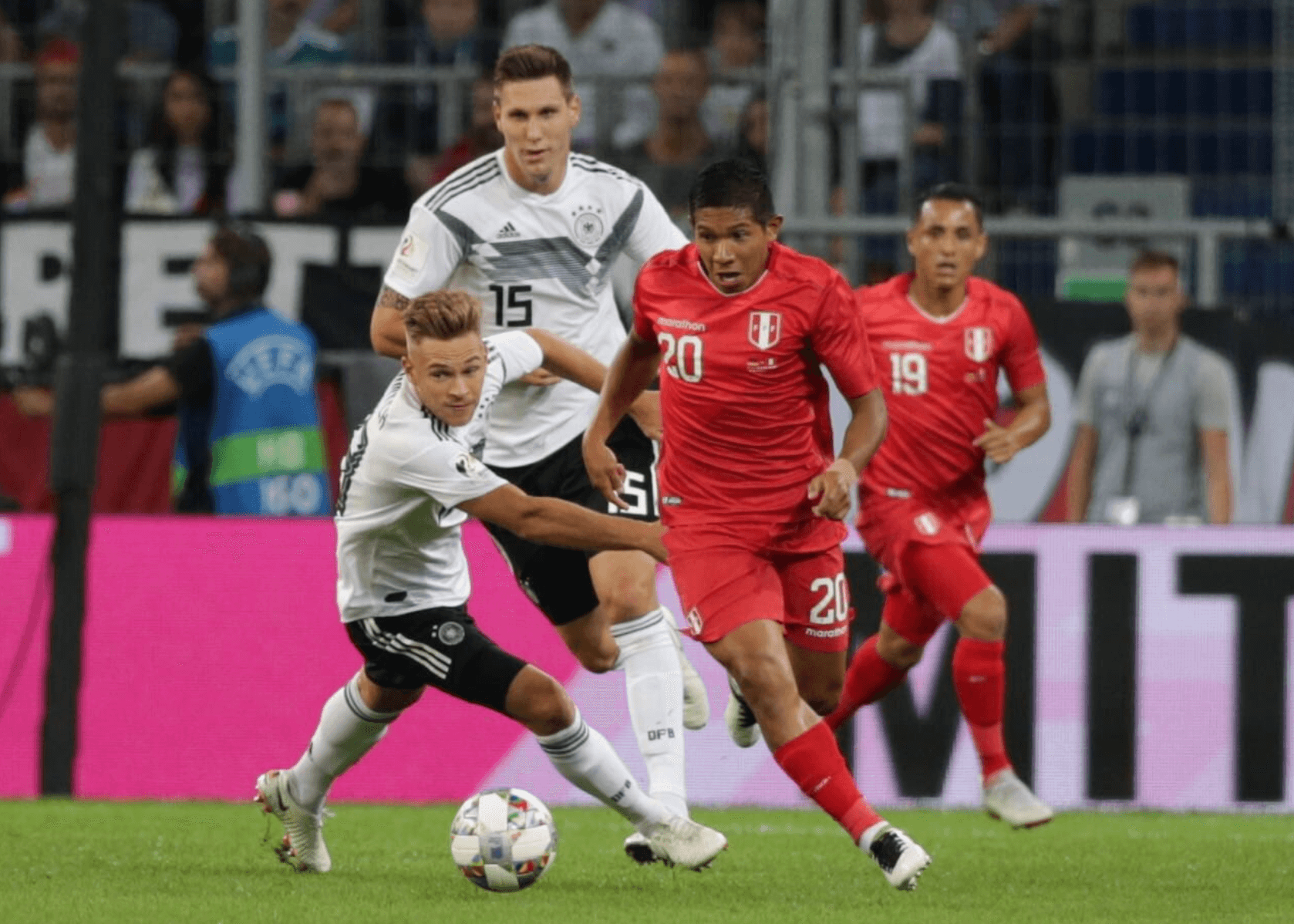 After securing an early lead, Peru again fell 2-1 in friendly play for the second time in the same week. On Sunday, La Blanqurroja fell to Germany in the German town of Sinsheim in the second leg of its two-match series against a pair of European powers.

Peruvian speedster Luís Advíncula opened up the scoring on Sunday in the 22nd minute after receiving a great assist from striker Jefferson Farfan.

Germany’s Julian Brandt responded quickly for the four-time world champs with a goal of his own in the 25th minute. A careless give away on Peru’s end allowed superstar midfielder Toni Kroos to get behind the defense and set up Brandt for an easy chip-in goal.

The Germans nearly came back with a second score in the 38th minute when a three-man weave resulted in a shot on goal, but Pedro Gallese was able to keep a second goal off the board for the time being.

The home team got its second goal in the 84th minute when Nico Schulz found a gift at his feet as Peru failed to clear the line properly.

Peru dropped a road-friendly days earlier in similar fashion against The Netherlands 2-1 after scoring the game’s first goal.

Ricardo Gareca’s side fought well in both games but failed to hold early momentum against the more advanced attacks.

La Blanquirroja will get back together in October for a friendly against CONMEBOL rival Chile in Miami on the 12th followed by a match against the United States in Connecticut on Oct 16.