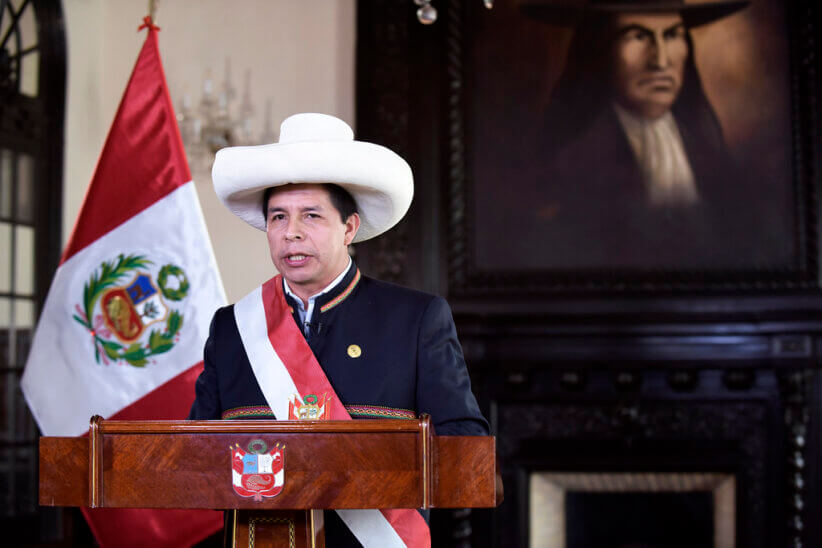 On March 28, Peru’s President Pedro Castillo survived his second impeachment attempt since he took office in June last year. But his efforts to safeguard himself from being removed from administration stretch back months.

Peru’s Congress on Monday began a debate to decide whether or not to impeach President Pedro Castillo for being “morally unfit” to stand office. The impeachment, as foreseen by analysts, failed as legislators only gathered 55 of the 87 votes they needed to remove the president from office.

But since Congress’ first attempt to impeach the president in December of 2021, his administration has been making inroads with opposition leaders and sympathizers alike in Congress to shore up support in an effort to allow him to keep governing Peru.

Carlos Perez Ochoa and Monica Saavedra, both former legislators from Accion Popular until 2021, were named as advisors to the Ministry of Energy and Mines and the Ministry of Justice in February and March respectively.

Both, Mr. Ochoa and Mrs. Saavedra were congressional members from 2020-2021, but have been politically active within the party for many years. Yet following Mrs. Saavedra’s appointment, Accion Popular asked for her immediate resignation.

Members of other political parties were given appointments in Mr. Castillo’s administration too.

Daniel Salaverry, a prominent member of the Somos Peru party, was appointed as presidential advisor to Mr. Castillo last week, according to a report in Gestión.

A subgroup of five legislators from Accion Popular, dubbed Los Niños (The Children), had been questioned by legislators from other parties for potentially supporting Mr. Castillo in this second impeachment attempt. “We do not know if ‘The Children’ are going to react to the misfortune that is happening in our country,” said legislator Mrs. Norma Yarrow in an interview with media outlet RPP.

According to Karelim Lopez, a lobbyist who has accused Mr. Castillo’s administration of corruption spurring this most recent impeachment inquiry, Los Niños follow Mr. Castillo’s orders in exchange for taking a cut of public works contracts from the Ministry of Transport and Communications.

In early March, newspaper El Comercio revealed a series of visits between members of Los Niños  and Mr. Castillo, which took place between August and March. One of these visits took place on December 6, a day before Mr. Castillo successfully defended his first impeachment attempt by Congress.

On Monday, the vast majority of legislators from Accion Popular, including Los Niños, abstained from voting on impeachment.

According to a recent poll by CPI, 53.6% of Peruvians were in favor of Mr. Castillo’s impeachment yet the same poll indicates that 82.7% of Peruvians believe a new president and a new Congress should be elected.