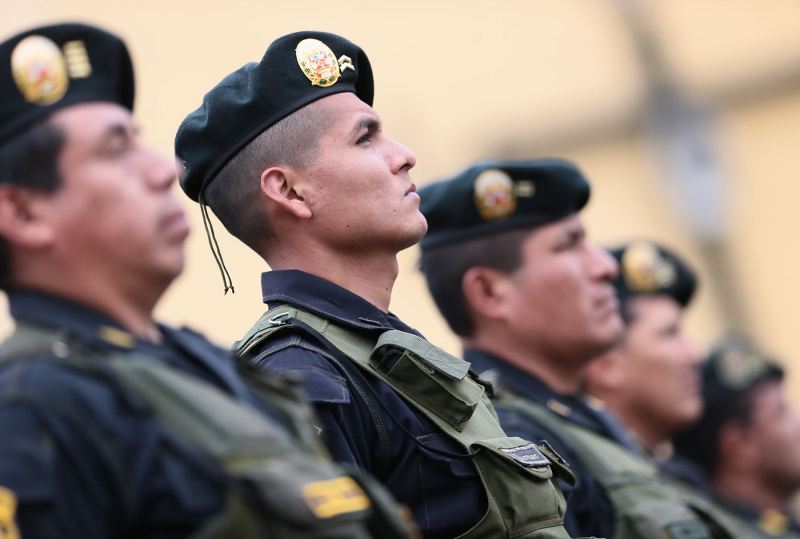 Peru’s interior ministry has reassigned 1,770 police officers from throughout the country to patrol the streets of Lima amid rising crime.

Interior minister Jose Luis Perez announced the deployments at a press conference along with national police director Vicente Romero and Lima police chief Cesar Gentille. In addition to 1,770 officers being brought to Lima from around the country, 2,500 police officers in administrative duties will form 230 squads to assist in crime-prevention strategies on weekends.

The move comes after a wave of high-profile murders and robberies which have reinforced a feeling of insecurity on the streets of the nation’s capital. At least six college students were murdered while resisting robberies throughout Lima so far in the month of May. A high-profile assault on Friday caught on video showed eight assailants attacking four money changers in downtown Lima.

The officials said that many of the police officers would help execute a new tactic of boarding public buses along major avenues in downtown Lima and Callao to identify criminals. Many of Lima’s victims of crime are robbed while traveling on public buses.

Perez called on police to use force against criminals when necessary, and highlighted a new law which giver police greater protection from legal liability.

“We are ready to face this new, more violent crime,” Perez said. “It is not self-defense, it is doing our job. And if we have to use our weapons we will use them, and you are prepared for that.”

Perez said that his ministry would not evaluate placing Lima under a state of emergency, which effectively implements martial law, as it has done in Callao and two provinces in Ancash since December. Romero said that the Lima police force would be placed on “high alert” for 60 days.

The 1,770 officers will reinforce the 9,000 police officers and 11,000 watchmen who work throughout metropolitan Lima.

Crime is voters’ top concern ahead of 2016 elections, according to opinion polls.