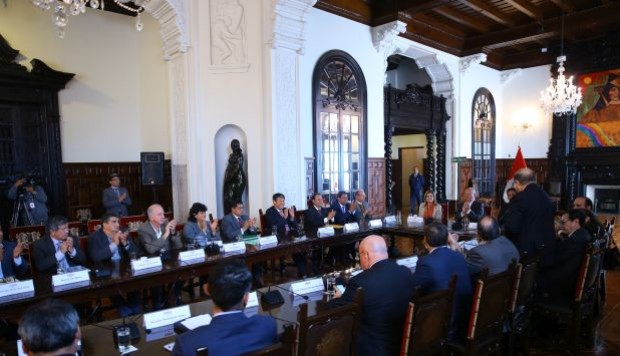 In light of the recent earthquakes in Mexico that have left more than 250 people dead, the Minister of Defense Jorge Nieto called a meeting on September 20 to discuss the precautions the country will take with regard to seismic activity such as earthquakes.

According to the announcement, the event will be held next week at the National Emergency Operation Center (COEN), where the newly-appointed Prime Minister of Peru, Mercedes Araoz, will attend along with her entire cabinet.

At the meeting, the government officials will discuss the action plans and technologies that they have been developing in attempt to coordinate their activities and prevent a similar tragedy to the one recently experienced in Mexico.

Earlier this month, Nieto announced that the government was working to develop a system to alert residents of earthquakes that would allow them to take appropriate preventative measures, similar to an existing system in Mexico.

However, according to the Geophysical Institute of Peru (IGP), the cities most susceptible to earthquakes and tsunamis are those located on the coast including the country’s capital, Lima. This implies that the technology being developed would likely not give Lima residents adequate time to evacuate or prepare for a disaster.

Exacerbating the problem is the issue of poor construction throughout the city. According to Mary Mollo, Academic Coordinator of Risk Management programs at ESAN University, “Sixty percent of homes in Lima are constructed with unsuitable materials. We cannot reconstruct the city, but focus instead on the best way of saving lives.”

Recognizing this issue, Nieto recognized that the country is in serious need of implementing stricter regulations with regard to the materials used in the construction of its homes and buildings.

Moreover, in a comment about the country’s safety from such natural disasters, Nieto said, “I would like to notify the public that we [the authorities] are working on this matter, that we are striving to implement the best ways to deal with this kind of situation, and that we will be issuing new announcements in the upcoming weeks in order to prepare citizens [for a similar situation].”

The issue surrounding the implementation of an effective natural disaster response system in Peru has been a discussion for months now, having originated in response to flooding in the northern part of the country as a result of El Niño.

Events such as those in Mexico now, more than ever, have underscored the importance for government officials to establish and implement an adequate prevention and response strategy.