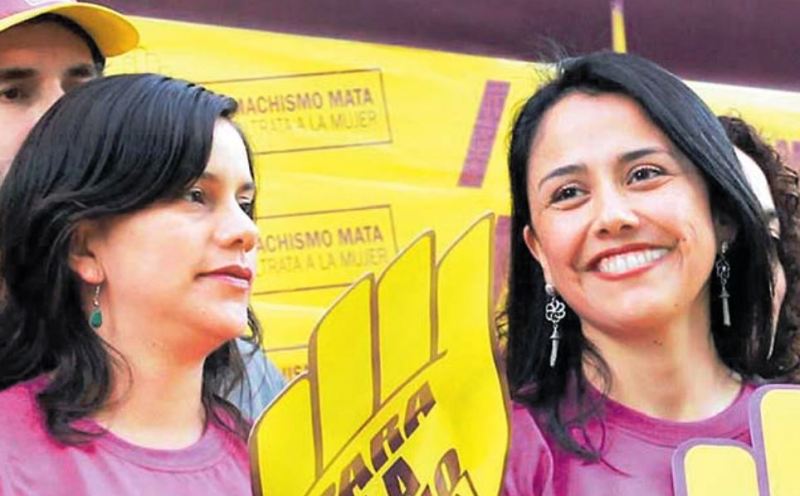 A handwriting analysis has shown that left-wing presidential candidate Veronika Mendoza had written in the controversial notebooks of first lady Nadine Heredia.

Handwriting analyst Andres Begazo compared the notes in one of Heredia’s four notebooks, titled “Only for Women,” with her signature and printed name on two congressional documents. The sitting president of Peru’s handwriting analysts’ association confirmed to Peru 21 that the notes were made by the same hand.

“I had absolutely nothing to do with the accounts or notebooks of the Nationalist Party. In fact, I was the first to resign,” Mendoza told reporters at a campaign event in Ica.

Heredia’s notebooks, which were turned in to Peru’s justice department by a former party member, are at the heart of a money-laundering investigation into Heredia, President Ollanta Humala and the Peruvian Nationalist Party.

The pages which feature notes from Heredia and at least four different hands detail bank accounts and million-dollar payments which prosecutors believe is from Hugo Chavez’s Venezuela, jailed influence peddler Martin Belaunde and more. One of the notes attributed to Mendoza lists the BBVA Continental bank account number of the Nationalist Party.

Mendoza said she would cooperate with any investigation, but also said in comments to Cuarto Poder that she would only submit to a handwriting analysis in a formal investigation. “For a pseudo-blackmail accusation that is baseless, I will not.”

First lady Nadine Heredia is still under investigation for corruption and money laundering as president of the Nationalist Party. A recent Ipsos poll put the approval for Humala and Heredia at 15% and 10% respectively. The Nationalist Party recently withdrew its presidential candidate and all of its congressional candidates to avoid not meeting the 5% elections threshold to remain a registered political party. Dozens of congressmen and both of Humala’s vice presidents have resigned from the party.

So whether or not Mendoza is substantively linked to a crime, simply linking her to Nadine Heredia and the ruling party comes with significant political damage for the former Nationalist Party member.

“Veronika was Nadine’s right hand. She was in charge of her notebooks,” said former party member David Quintana, who publicly denied having donated over $4,700 to Humala’s 2006 campaign despite his name appearing in the party’s official ledger submitted to the election authority.

“They gave her the top congressional listing for Cusco. Mendoza was the apple of Nadine Heredia’s eyes. We all knew it,” Nationalist Party congressman Daniel Abugattas told El Comercio. He added that he could not say if Mendoza managed party finances or Heredia’s ledgers.

El Comercio published an op-ed today comparing Mendoza’s government plan to Humala’s of 2006, when the current president lost to Alan Garcia over fears he would push Peru towards leftist leaders like Hugo Chavez. It was the third second-page op-ed the nation’s most prominent newspaper published against Mendoza in the last week.

A recent Ipsos poll showed that, while Keiko Fujimori still wins most votes in the general election on April 10, Pedro Pablo Kuczynski would defeat her in a hypothetical runoff by two points, slightly more than a poll published a week prior in which the 77-year-old economist and former Cabinet chief would win by only one point. The poll showed Fujimori defeating center-left candidate Alfredo Barnechea by one point and Veronika Mendoza by two points. All runoff predictions were within the poll’s 2.3% margin of error in the tightest race any opinion survey has predicted in a year for Peru’s 2016 elections.