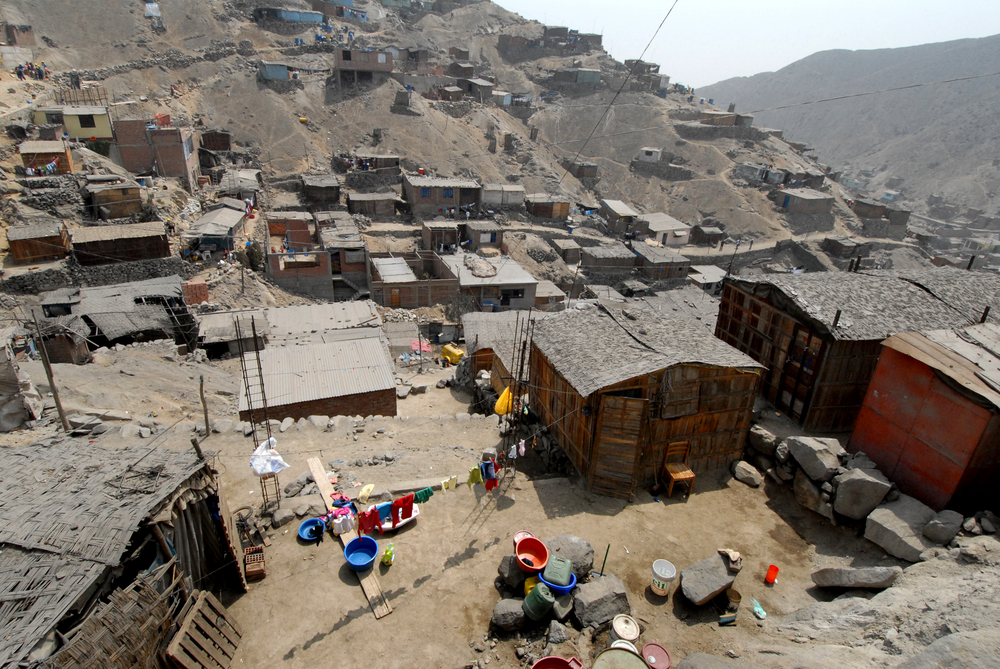 According to Peru’s National Statistics Institute (INEI), the country’s poverty rate rose in 2017 to its highest numbers in 16 years. More than one of every five Peruvians (21.7 percent) were considered to be impoverished, the institute’s numbers showed.

The government defines poverty on a person having access to less than 338 soles (about $105) per month.

Though the unfortunate increase of impoverished persons happened under the watch of Pedro Pablo Kuczynski, new president Martín Vizcarra will now be charged with maintaining livable wages and opportunities for all Peruvians.

“This is unacceptable,” he told reporters yesterday. “We have to work harder to turn this around.”

As with much of Latin America, Peru’s stark contrast between rural and urban areas remains glaring. Poverty affects nearly half of the country’s people living in rural areas while just 15 percent of those living in cities are impoverished, INEI numbers showed.

Rates of extreme poverty – defined as those living on less than 183 soles ($56) per month – are at 3 percent in the entire country and a staggering 12 percent in rural areas.

The highest rates of poverty and extreme poverty were registered in the Rural Sierra region.

Though Peru’s economy stagnated in recent years under Kuczynski, more focus on attracting foreign investments and evening out income inequality could make for immediate boosts. Peru’s Ministry of Mines and Energy recently announced it will receive $20 billion worth of investments over the next four years.