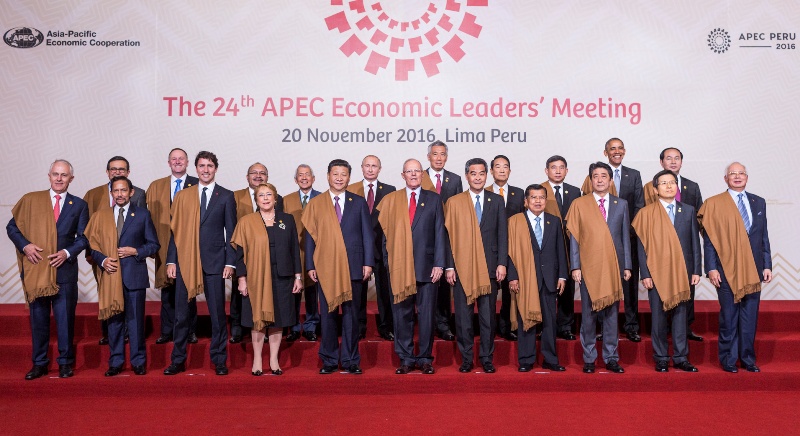 The Asia-Pacific Economic Cooperation (APEC) concluded its annual summit in Lima last week by declaring its commitment to free trade amid a wave of populism.

Peru President Pedro Pablo Kuczynski led the 21 member countries of APEC in calling for the “defeat of protectionism” is various statements to the media. The former World Bank economist and investment banker told Russia Today two weeks ago that Peru and other countries could turn to countries like China if the United States were not willing to engage in open trade.

“There is unfortunately in the world, and we see it in recent elections, not only in the U.S. but also in Britain, [that] protectionist tendencies are taking over,” Kuczynski said in a speech on Friday inaugurating the conference. “We have to deliver an unequivocal message to the world that trade continues to be beneficial to prosperity and that trade has to continue growing.”

On Saturday the forum issued a 4,000-word declaration underscoring its commitment to open markets and free trade.

“We, the leaders of APEC … continue working on our common endeavor to support free and open trade and investment, sustainable economic growth and shared prosperity in the Asia-Pacific region,” the statement begins. “[G]lobalization and its associated integration processes are increasingly being called into question, contributing to the emergence of protectionist trends.”

“We reaffirm our commitment to keep our markets open and to fight against all forms of protectionism by reaffirming our pledge against protectionism through a standstill commitment that we agree to extend until the end of 2020 and to roll back protectionist and trade-distorting measures, which weaken trade and slow down the progress and recovery of the international economy.”

The APEC statement comes two weeks after voters in the United States elected Donald Trump on a campaign to reevaluate and possibly scrap trade deals such as NAFTA. In June the United Kingdom voted to leave the European Union similarly underscores rising nationalism and a desire of rich countries to protect workers from competition abroad.

Trump has signaled that he will not enact the Trans-Pacific Partnership (TPP), the largest free trade agreement in history which would eliminate tariffs, quotas and red tape in 12 countries including Peru and which was negotiated for eight years. Trump’s opponent, Hillary Clinton, had also disowned the TPP deal which she helped negotiate during a primary contest against leftist candidate Bernie Sanders.

Kuczynski’s willingness to strike trade deals with other countries is also serving as rich countries’ risk of losing influence in the world economy, specifically to China. U.S. President Barack Obama has long billed the TPP as a way to preempt China in setting the gold standard in minimum standards for international commerce.

“[The failure of the TPP] would leave a vacuum in trade deals which most certainly will be filled by others,” Australia foreign minister Julie Bishop told the Wall Street Journal. She added that Australia would seek trade deals wherever possible.

Ministers: APEC to Set an Example for the World on Trade (APEC)