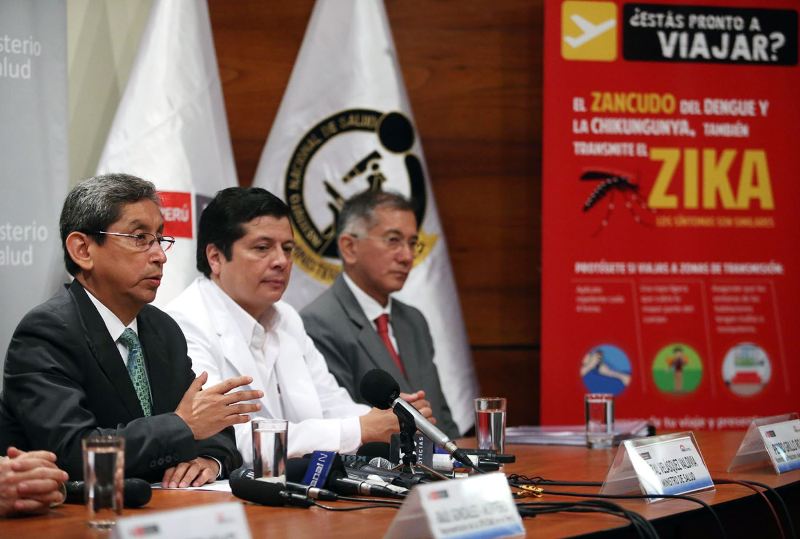 Peru’s health ministry has confirmed the first case of the Zika virus in a Venezuelan who entered the country by bus from Colombia.

The 27-year-old from Venezuelan was staying in Lima when he checked into the Cayetano Heredia hospital with a fever, joint pain and pink eye. He was diagnosed with Zika and put in quarantine, where officials have monitored his progress.

“This is the first imported case,” health minister Anibal Velasquez said in a press conference. “He was treated in a health ministry facility and then a sample was sent to the national health institute, where in less than 24 hours it was confirmed that it was the Zika virus. Logically, it was also tested for other viruses.”

Velasquez explained that the health ministry will continue a high-alert strategy in quarantining infected patients in an attempt to prevent an outbreak. Local mosquitoes will contract the virus by biting humans infected with Zika. The virus will spread as the infected mosquitoes bite others.

“Every health clinic reports cases [of symptoms], and even more so if [the patient] comes from an affected country,” Velasquez said. “In each district perform surveillance and that has been done for years with dengue and chikungunya.”

Velasquez added that more cases will likely be reported in the coming weeks.

In addition to putting hospitals and healthcare clinics on alert, the health ministry has also implemented a policy of monitoring international citizens entering the countries at airports and border crossings. Arrivals showing symptoms of the virus are required to submit a blood sample.

Peru is bracing for an almost certain outbreak as the World Health Organization said yesterday that the Zika virus was “spreading explosively” throughout North and South America. The WHO will decide on Monday whether to declare a health emergency for the outbreak which could infect up to 4 million people this year.

Before today’s confirmation, Peru was one of three countries along with Chile and Argentina which had not seen the Zika virus. Brazil has seen as many as 100,000 confirmed cases of Zika and 4,000 babies born with microcephaly, up from an annual average of 200. Colombia’s health minister said there were 20,000 cases in his country. Venezuela reported 4,700 cases, but independent health organization have said that the true figure is in the hundreds of thousands.

Velasquez estimates that 41,000 to 750,000 Peruvians will be infected. The range depends on how effectively the virus is contained among different regions’ mosquito populations.

The Aedes aegypti mosquito which carries Zika as well as dengue and chikungunya is native to Peru’s northern coast and jungle regions. The mosquito migrated to Lima in 2000.

WHO: Zika and its maladies reaching ‘alarming proportions’ in Americas (Miami Herald)