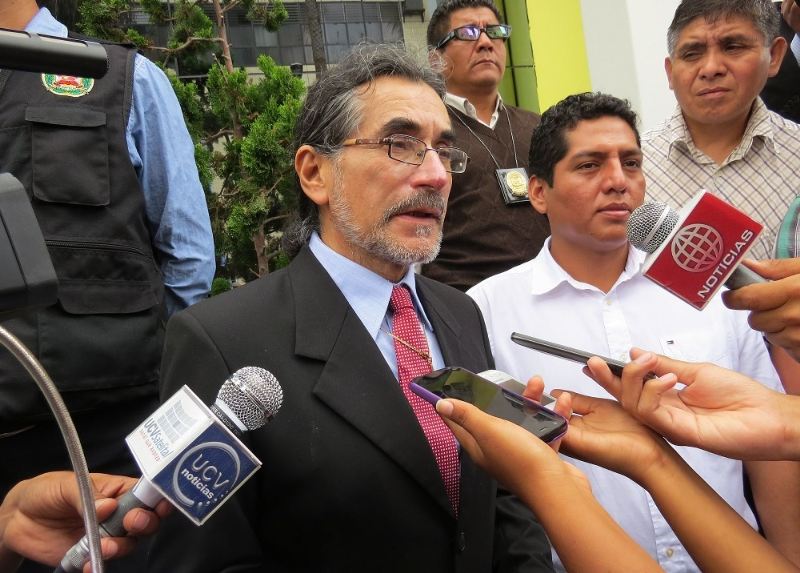 Rios skipped two hearings in state courts on both Friday and Tuesday, prompting two warrants to be issued for his arrest. Both cases stem from his term as provincial mayor of Huaraz 10 years ago. Rios is charged with embezzlement during the construction of a commercial market and corruption for irregularities in electricity contracts.

“He will now have to stay in the prison throughout the process, unless his defense attorneys can win some [injunction],” Ancash corruption prosecutor Jorge Angeles told Andina. He added that the trial could last months.

Prosecutors are seeking 15 years in jail for the sitting governor of the mining-rich state.

As police search the highlands regions around Huaraz, the Ancash board of councilors in Chimbote has moved to suspend Rios’s governorship. On Thursday a councilor told Correo that the board is awaiting a final report from the state supreme court before debating Rios’s future in an extraordinary session.

Demonstrators have protested both for and against Rios in the provincial capital of Chimbote. On Tuesday a group of his supporters assaulted two state councilors, breaking the windows out of one of their cars. On Thursday dozens of protesters gathered in front of the state supreme court in Chimbote to demand that the government step up its efforts in finding and arresting Rios.

Rios has been jailed three times in Huaraz to face corruption charges over the years. But he is better known for being removed from Congress in the highly publicized case in which he accepted bribes from President Alberto Fujimori’s intelligence chief, Vladimiro Montesinos, to change political parties.

Rios was elected governor of Ancash in 2014 amid his highly controversial and possibly illegal pledge to pay $160 monthly to every Ancash family.

The Ancash state is still reeling from the government of jailed political boss Cesar Alvarez, who allegedly siphoned over $100 million into his political machine. The national government has declared martial law in the Santa and Casma provinces of Ancash, the former of which includes Chimbote, to combat out-of-control crime.