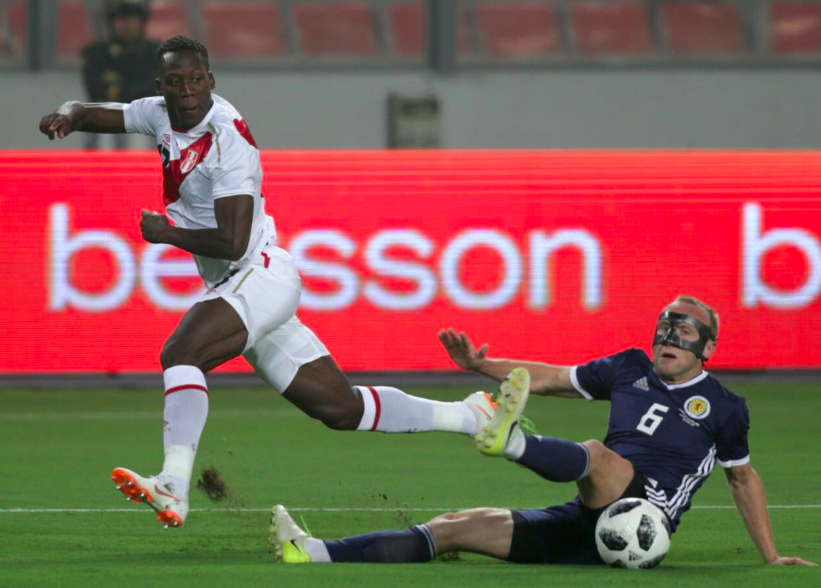 Peru’s undefeated run towards the World Cup continues after La Blanquirroja made it 13 straight matches without a loss in Tuesday’s 2-0 win over Scotland at Lima’s National Stadium.

Acting as a send-off of sorts, this was Peru’s last game in front of its home faithful before it makes its first appearance in a Mundial in 36 years.

The scoring started after a Scottish defender was called for a handball off a Jefferson Farfan shot, which led to Christian Cueva’s penalty kick goal in the 37th minute. Cueva, who is sure to shine at the World Cup, nearly banked in a free kick in the 6th minute, but Scottish goalie Jordan Archer got a finger-tip save on it.

Farfan then got himself on the board early in the second half when he punched in a ricocheting ball in front of the goal.

Though it will remain without captain Paolo Guerrero, Peru was still favored in its first of three pre-World Cup matches before it kicks thing off in Russia against Denmark on June 16. The last time we saw Peru play before Tuesday, it handed Iceland a 3-1 loss in the United States in a March friendly. Since 2016, the selection is now an incredible 9-4-0 in 13 games played.

Peru will now head to Switzerland to play fellow World Cup qualifier against Saudi Arabia on Sunday. The final friendly before the games start to count again will be against Sweden on June 9.