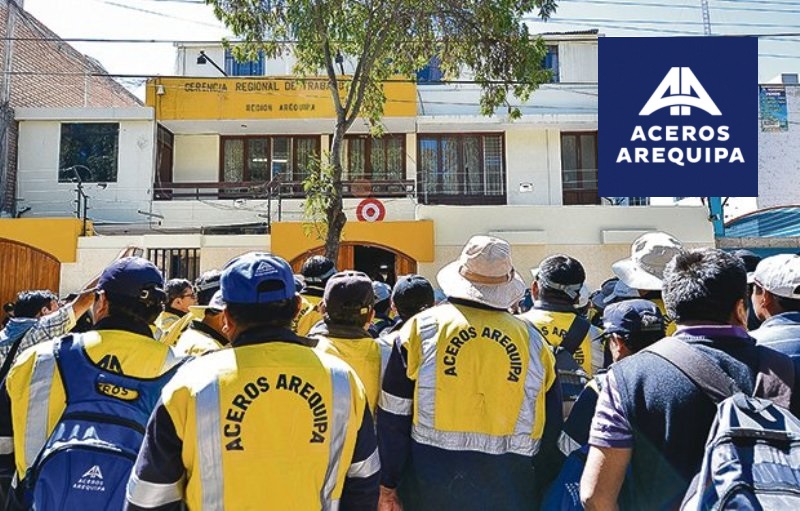 Peru steelmaker Aceros Arequipa announced it will close its plant in Arequipa due to its inability to compete with cheap steel imports from China.

The company said in a statement to the Lima stock exchange (BVL) that cheap imports from China have forced it to close its Arequipa plant and temporarily suspend 120 workers.

The company will continue to operate its distribution centers in Arequipa, which supply the southern cities of Peru as well as the Bolivian market. The firm will concentrate production at its plant in Pisco, Ica.

“Unfair competition generated by imports at dumping prices from companies in China has rendered our Arequipa production plant unable to compete in the current economic climate,” the company said in a statement.

“We have appealed twice in the last year for the Indecopi Committee on Antidumping and Subsidies to initiate an investigation into hot-rolled steel coils originating in China. However our request has still not been addressed.”

The company added that it would reopen the Arequipa plant when market conditions improve.

Peru’s construction industry contracted 5.9% in 2015, driving sales of steel down 4.5%. While Aceros Arequipa sales fell 5%, however, its earnings grew 26% from the previous year due to lower prices for commodities such as iron. The company’s costs fell by 9%.

The company’s profits continued to surge this year, earning $18.6 million in the first two quarters of 2016, up 103% from the same period in 2015. However the earnings may come from the recovering sol as sales and operating income in 2016 are down 9% and 2% respectively.

The Aceros Arequipa stock price has more than doubled this year from $0.08 per share to $0.18 at the close of trading yesterday.

The Peruvian steelmaker’s accusation of Chinese dumping comes amidst a growing trade war in the industry between China and several other countries including the United States. The U.S. slapped a 266% dumping tariff on some categories of Chinese steel in March, and in May followed with another 256% for the Chinese government’s subsidizing steel companies via tax rebates.

The European Union has threatened to follow suit and expand tariffs to aluminum, ceramics and wood-based products “if the problem is not properly remedied.”

Other critics point to China’s “zombie companies,” or those which would fail without recurring government bailouts, common in the steel industry.

Analysts say there is a global supply glut amid shrinking demand, particularly in China, causing the Chinese producers to offload their steel at whatever prices they can.

Reuters journalist Andy Home says the Chinese government is trying to scale back its overcapacity. But the government faces a balancing act between weaning the industry off support and also avoiding massive layoffs which could lead to an economic “hard landing.”

“China is frantically trying to apply the brakes to its runaway steel juggernaut. Targets are being set for capacity closures, 45 million tons nationally this year and 100-150 million tons over the next three to five years,” Home writes in his article titled, “China is running out of time to cure its steel problems.”

“The palpable sense of urgency is being dictated by the growing international pressure on China to halt its surging steel exports. A failure to produce results is going to ignite an already smoldering trade war with other global powers.”

President-elect Pedro Pablo Kuczynski announced today that he will make his first official visit abroad to China in September. However it is unlikely that Peru’s government will attempt to apply pressure to its biggest trading partner in China, the world’s second largest economy and the top purchaser of Peru’s main export, copper.

“China is our largest trading partner and therefore my first visit abroad will be to this country with which we celebrate 45 years of diplomatic and economic relations,” Kuczynski told reporters.

China is running out of time to cure its steel problems: Andy Home (Reuters)