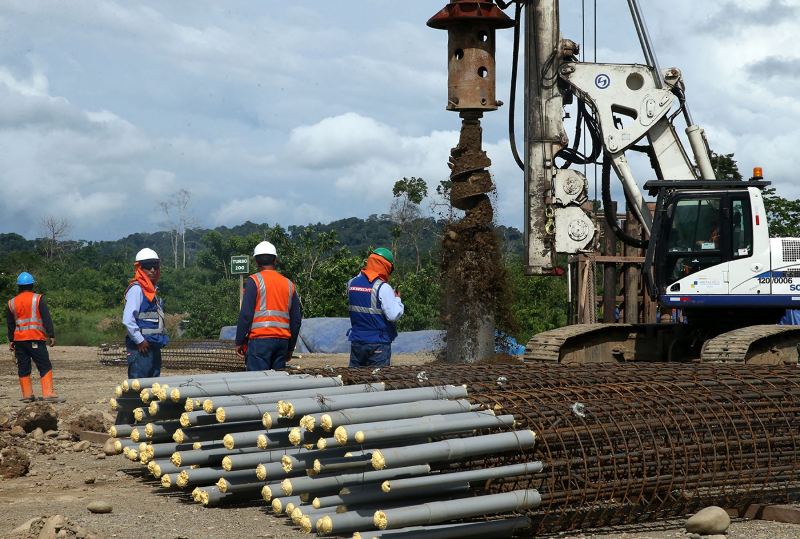 The construction of Peru’s $7-billion Southern Gas Pipeline could be stalled indefinitely if Odebrecht cannot sell its majority stake in the project in the next month.

If the consortium licensed to build the Southern Gas Pipeline does not meet a key financing deadline on Jan. 17, the contract will be annulled. The possibility that Peru’s government would hold a new auction became more likely on Nov. 23 when Sempra Energy withdrew from negotiations to purchase the 55% stake held by Odebrecht, the Brazilian firm embroiled in the Carwash corruption scandal.

A group of 22 banks financing the pipeline’s construction have conditioned further loans on the withdrawal of Odebrecht. With less than two months until the next financing deadline, Odebrecht and Peru’s government are now on the hook to find a replacement for the former to generate cash for its license and for the latter to continue building the already-delayed pipeline.

“The concession’s contract is in force and we will wait until the second half of January 2017 for the companies to inform us about financing,” mining and energy minister Gonzalo Tamayo said at a meeting with governors from southern states poised to receive cheap natural gas from Camisea via the pipeline. “The government guarantees that natural gas will reach southern Peru as soon as possible.”

Tamayo added that the government is already examining its options in case the deadline is not met and the contract is annulled.

Sempra backed out when Peru’s government rejected a request to void a clause which annuls the contract if acts of corruption are discovered. In the wake of three highly publicized corruption scandals in the first five months of his government, including a Cabinet resignation, President Pedro Pablo Kuczynksi has stood firmly against striking the corruption clause.

Given the clause would make any new company responsible for bribes or kickbacks paid by Odebrecht during the auction process, Lima-based investment bank Kallpa Securities said in a note to clients that there was a “high probability” the contract will be annulled.

Sempra Energy backed out of talks with Odebrecht just two days before President Ollanta Humala testified at the attorney general’s office on the 2014 awarding of the pipeline contract. Prosecutors are currently investigating Odebrecht’s contracts in Peru while police in Brazil have discovered documents which they say implicate bribes paid to Humala.

Minority stakeholder Graña y Montero saw its shares fall almost 20% in Lima and New York as investors priced in the loss of expected future revenue from the pipeline in case the company is cut out of a future contract. The Peruvian builder acquired 20% of the pipeline’s construction for $215 million in September 2015.

The Southern Gas Pipeline is Peru’s largest infrastructure project at a time when the government is trying to drive economic growth with public spending. In a country where public works are often held up by red tape and other delays, President Kuczynski vowed to streamline execution of projects like the Southern Gas Pipeline.

The pipeline also has significant strategic importance to Peru’s mining and manufacturing sectors. The state is hoping to leverage cheap energy from Camisea into refining plants for Peru’s copper mines in the south of the country, as well as a plastics manufacturing plant. The pipeline would also have a ready client in Bolivia, which currently has no outlet to the Pacific Coast for its natural gas.

The pipeline requires $950 million in investment in 2017, representing 0.4% of GDP. Government officials report that the pipeline is 36% complete, less than half of the 73% originally planned by this point in time.

“The Southern Gas Pipeline is going to be a reality and we will make sure that [it] is built and that the south finally has that benefit,” Cabinet chief Fernando Zavala said on Willax TV. “We are going to make sure that these delays have no impact on the population or on the commitments that have been made.”