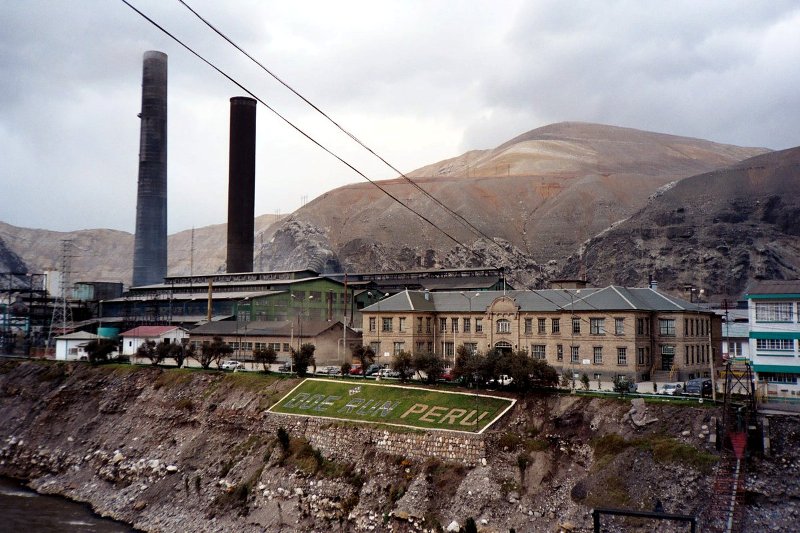 The Doe Run owned smelter and neighboring Cobriza copper mine priced together at $100 million have failed to find buyers at three auctions in a time of low commodity prices. Analysts say restrictive environmental regulations make the La Oroya assets unviable in an area cited as one of the most polluted in the world. The smelter requires upgrades costing over $700 million.

A new resolution proposes ten modifications including raising the sulfur dioxide limit from 20 to 250 micrograms per square foot, in line with regulations in Colombia, Chile and Mexico. The World Health Organization (WHO) guideline is 20 micrograms per cubic meter.

“The World Health Organization recommends the limit of 20 as a target value, as an ideal value, but it also establishes intermediate values. No country in the world has 20. This proposal is more in line with reality,” environment minister Marcos Alegre told Gestion.

The La Oroya district in Peru’s highland Junin state, home to 1,600 La Oroya workers, will likely be abandoned if the smelter and mine operations fail. President Pedro Pablo Kuczynski has vowed to save the smelter while diversifying Peru’s mining sector from production to value-added services.

The request to ease environmental regulation comes from workers and potential investors suggesting that both are awaiting the regulation change while the government schedules more auctions before August. Current owner Doe Run went bankrupt after the 2008 global financial crisis.

The La Oroya district found infamy after TIME magazine ranked it on its list of “The World’s Most Polluted Places.” The health ministry revealed 99% of its children have over three times the safety level of lead in their blood. The toxic metal damages mental development and causes comas, convulsions and death.

According to a study by the WHO in Hong Kong where large-scale reductions in sulfur dioxide have been a success, decreasing child respiratory diseases and all-age mortalities.

The World’s Most Polluted Places (TIME)