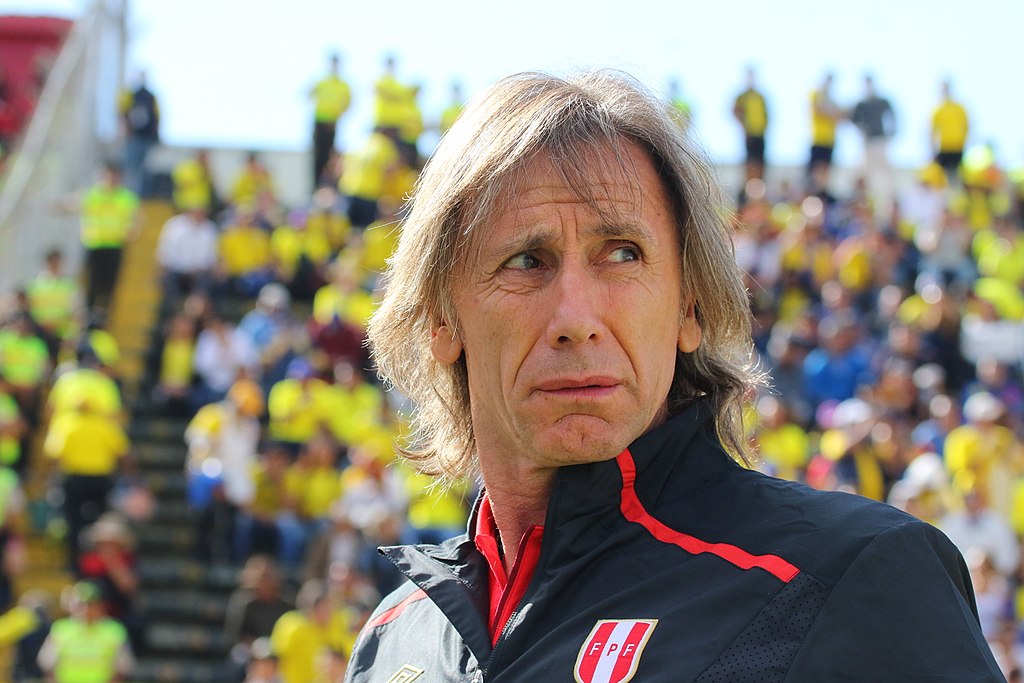 There is probably no stranger parallel between national team and coach as the one that runs between Peru and Ricardo Gareca. In a South American qualifier game in 1985, it was the then Argentinean striker Gareca that scored the goal that would put Argentina in the 1986 World Cup while effectively eliminating Peru. But Gareca’s elation would soon come to resemble the disappointment of the Peruvian players as he was not called up for Argentina’s final squad that would go on to win the World Cup trophy in Mexico.

Peru has not been back to a World Cup since that heartbreaking elimination, as full generations of Peruvian players have gone by being shunned from the World Cup spotlight. Now Gareca and Peru’s players – none of whom were born when Peru last played in the tournament in 1982 – will have a chance to show the world why they might be this year’s darlings in Russia.

Gareca switched Peru’s lineup to a 4-2-3-1 formation midway through CONMEBOL qualifying, despite reaching the semifinals of the 2015 Copa América with a 4-4-2 where they lost to bitter rival Chile. The newer lineup has led to fantastic results and played a major role in the 15-game unbeaten streak that Peru rides into the World Cup.

While filtering the midfield and making it tougher on opposing offenses (Peru has allowed just one goal in its past seven games), the system does marvels in maximizing Peru’s talents and keeping it square with superior sides. Though you won’t find a player on this 23-man roster on a bigtime European club, Gareca has managed to get the best out of his pieces by moving them together in unison like a well-oiled machine.

At top, Paolo Guerrero will be an every-match starter in the solo striker spot despite just returning from the long suspension that had kept him out since October. Upon his return, he netted two goals in a 3-0 friendly win over Saudi Arabia. Gareca’s big dilemma will be figuring out where to play fellow veteran striker Jefferson Farfán, who has revived his career for club and country at the age of 33. In the new look, Farfán and Guerrero have struggled to play well together so it is likely Edison Flores will resume his normal starter spot on the left forward wing while Farfán is relegated to the bench as a sub.

Renato Tapía – The midfielder is the perfect balance of defense and offensive impulse that Gareca requires from the position. Though just 22 years old, he’s already playing in the top Dutch division and could be in for a step up in Europe with a big tournament. He’ll have to defend against some top names in the group like Antoine Griezmann, Kylian Mbappé and Christian Eriksen, but he should certainly be up to the challenge after holding his own in CONMEBOL qualifiers.

Christian Cueva – The diminutive 26-year-old who plays for Sao Paulo in Brazil has been pegged as a breakout candidate recently by international publications, but Peruvians have long been familiar with the attacking midfielder. After scoring four goals in qualifying, he went through a bit of a drought before getting back on the scoresheet recently in a friendly win against Scotland.

Denmark – Saturday, June 16: The first game is probably the most important for both teams in that sense that France is the clear favorite in the group and Australia the clear underdog. That would likely leave one spot for the two teams here and a positive result is going to go a long way to get to the Round of 16. If Peru’s defense has any holes, midfielder Christian Eriksen will not hesitate in exploiting them.

France – Thursday, June 21: The French come to Group C as the heavy favorite, but they are prone to lapses as evidenced by the surprise 1-1 tie with an inexperienced United States side in a lead-up friendly. Peru may have the advantage in that its players seem to be much more comfortable in their selection’s system, whereas France relies on its amazing attacking talents to neutralize any lapses it may have under Didier Deschamps’ plan.

Australia – Tuesday, June 26: If Peru just need a win here to advance, I think every Peruvian fan would take that bet. Australia is, on paper, the weakest team in the group, although the World Cup group stages are guaranteed some surprises. Still, Australia struggles to generate much of an attack and will be forced to hang on for dear life when Peru plays for quick counters.