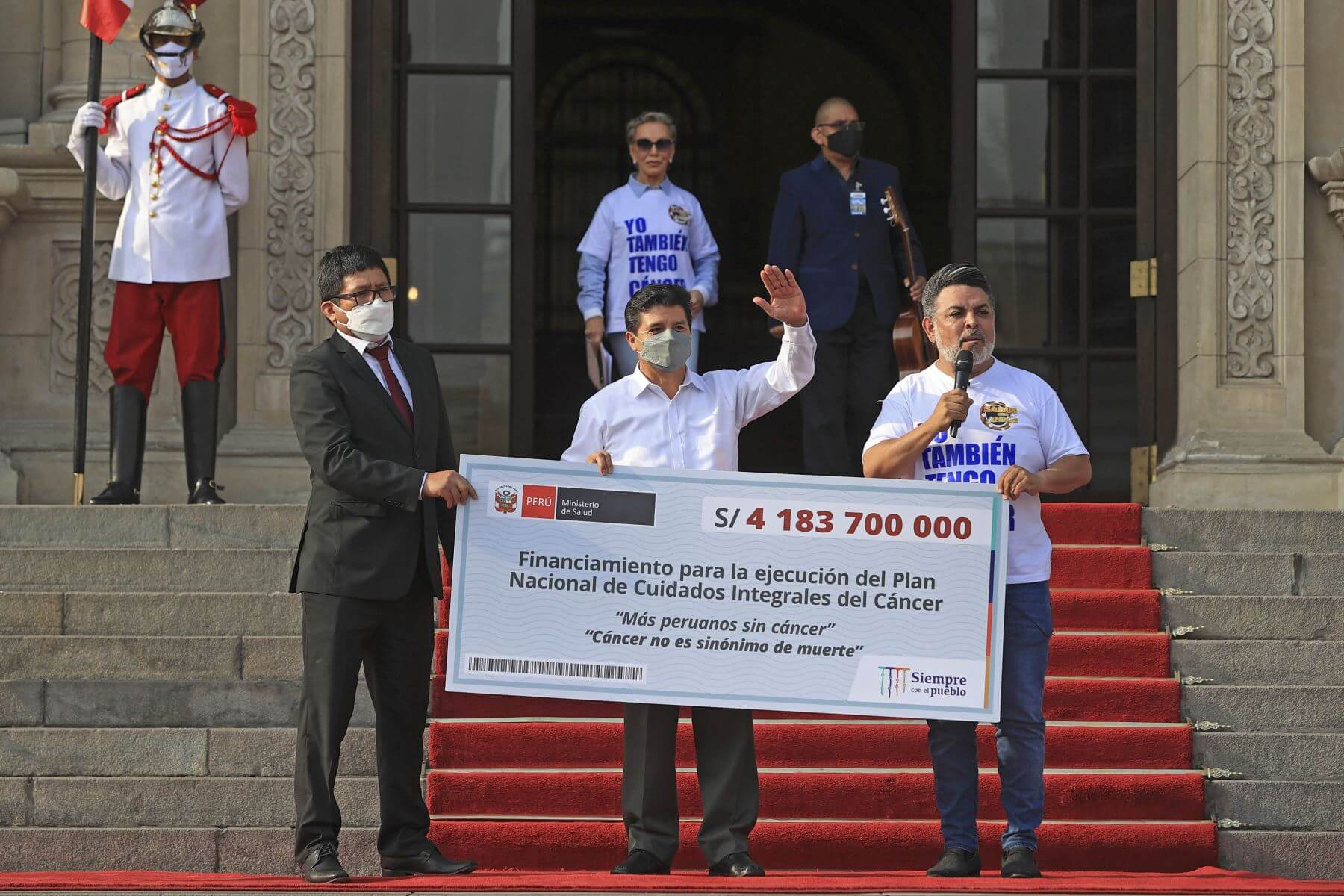 Peru’s Congressional Oversight Commission is investigating why a donation of more than USD $1 billion for the treatment and surgery of children with cancer, promised by President Pedro Castillo in May, was never delivered.

The first meeting of the investigative body of Congress, headed by deputy Héctor Ventura, will be held in the coming days and will include the testimony of the Minister of Economy, Kurt Burneo, and the Minister of Health, Jorge López. The commission could potentially request that Mr. Castillo himself testify.

“I have called everyone who could be involved in these alleged irregular acts,” Mr. Ventura told the television program “Beto a Saber” on September 12.

“Here we see how they are using children politically. They are making fun of the children, of the parents of the family, with the relatives who deal with this painful disease, ”she added.

A promise to save lives

On May 12, during a ceremony held in the courtyard of the Presidential Palace, attended by dozens of children with cancer and their families, President Castillo and television host Andrés Hurtado delivered a check for more than S/ 4 billion soles (about USD $1 billion). The check was going to go to hospitals, hire staff and for equipment, and was going to be administered by the Ministry of Health. 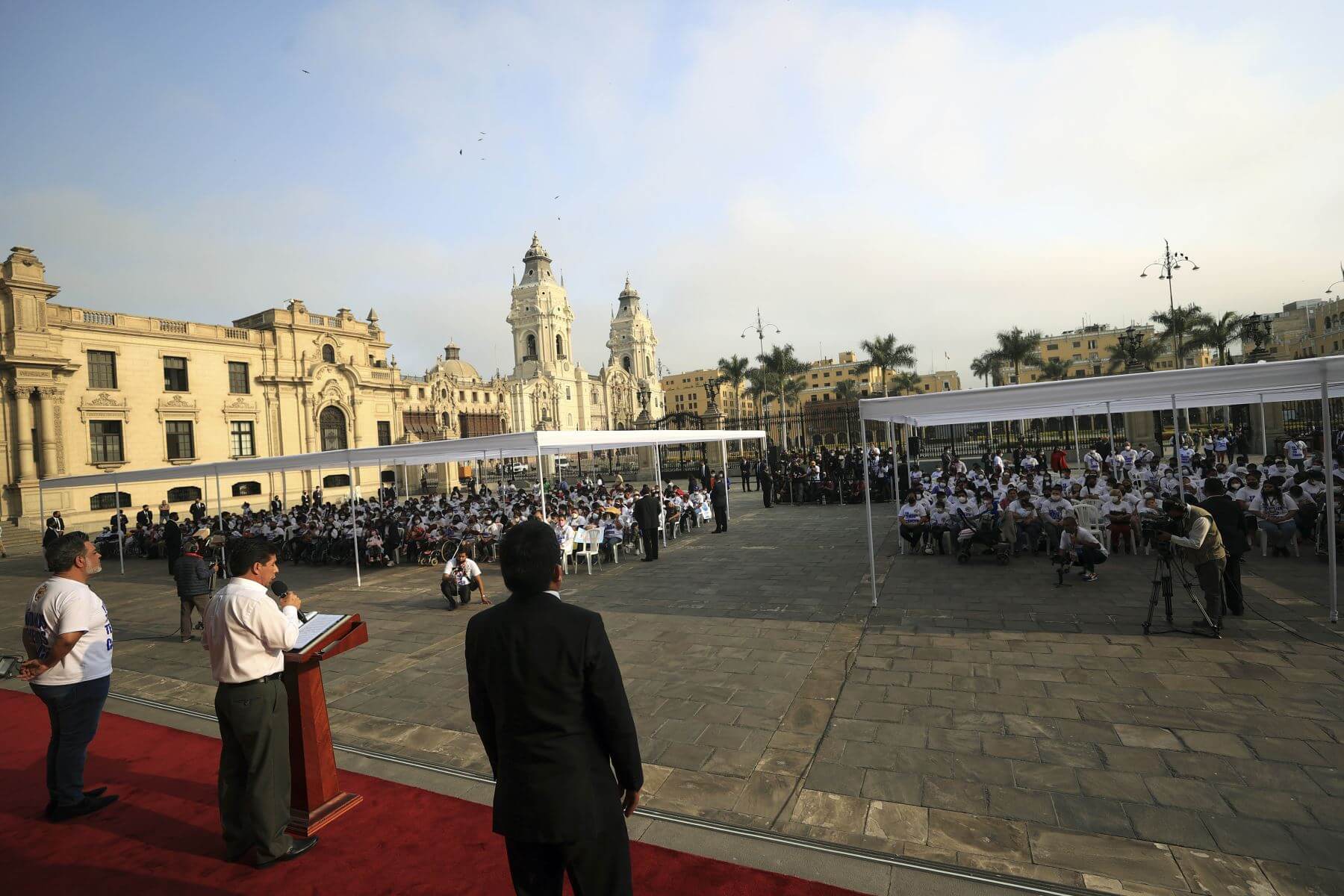 Pedro Castillo received dozens of children with cancer and their parents at the Presidential Palace on May 12, 2022. Image courtesy of ANDINA.

However, parents of patients and several cancer associations reported that as of September, they have not received any support.

“The President used us. We feel hurt, wounded, especially for the lives of children,” María Lumbre Figueroa, president of the Association for the Rights of Children with Cancer, told RPP Noticias. The non-profit organization was founded in 2015 and supports the treatment of low-income children with cancer.

Karina Pujar, spokeswoman for the NGO “Childhood Cancer Law,” said that in recent months they have had meetings with authorities to find out how the check could be cashed.

“Four months have passed since the promise, but they always tell us the same thing: there is no budget,” she told RPP Noticias.

Ms. Pujar also revealed that more than half of the children with cancer who visited the president on May 12 have already died.

“That day approximately 60 children attended. More than half have died. Among them was Jackdiel, one of the children who approached the president to hug him and ask for his help. The president told him that he is going to help him. He passed away in June,” said Ms. Pujar. 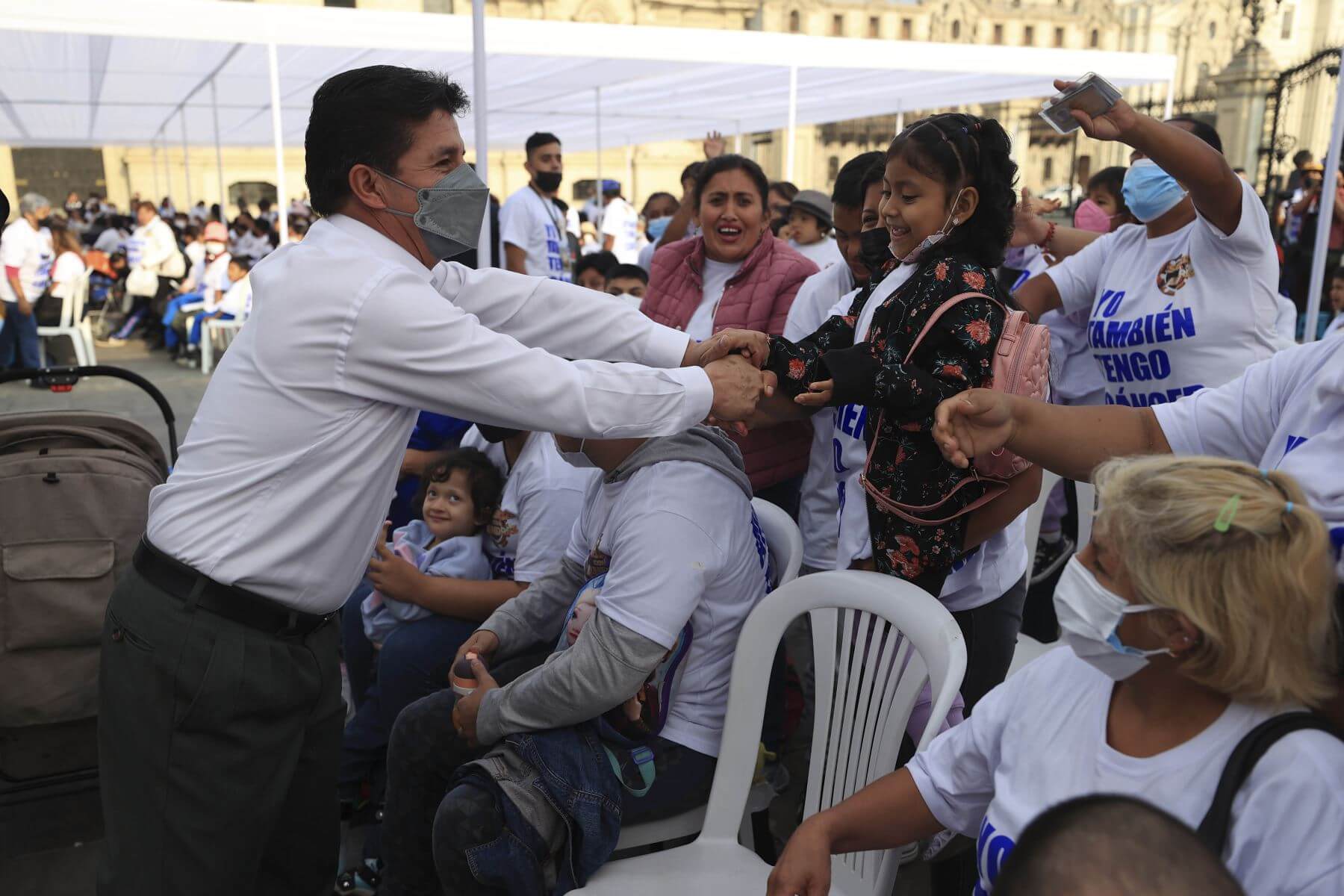 Pedro Castillo shakes hands with a girl suffering from cancer on May 12, 2022. Image courtesy of ANDINA.

According to the institution’s spokeswoman, approximately five children with cancer die daily in Peru’s hospitals.

Congresswoman Norma Yarrow revealed last week that the budget promised by Mr. Castillo did not exist. She said so after the Ministry of Economy sent her a detailed report about the money.

According to the minister’s report, the entire announced budget is not currently available. The same report says that the National Cancer Law will cost the Peruvian State a total of S/5.4 billion soles (USD $1.4 billion), but it can only be implemented in a period of 10 years.

On September 19, the head of the Ministry of Health Jorge López said that the check offered by President Pedro Castillo is a long-term budget, reported RPP.

Paola Palomino, the mother of a child with cancer and representative of the NGO “Childhood Cancer Law,” told ATV Noticias on September 7 that the day President Pedro Castillo hosted the children at the Presidential Palace, most of the kids actually did not have cancer.

“They invited children with other illnesses to fill the space because not all the children could go,” she said.

Ms. Palomino said that, in order not to cancel the event, the organizers asked other parents to “cut their children’s hair” and to act like sick children.