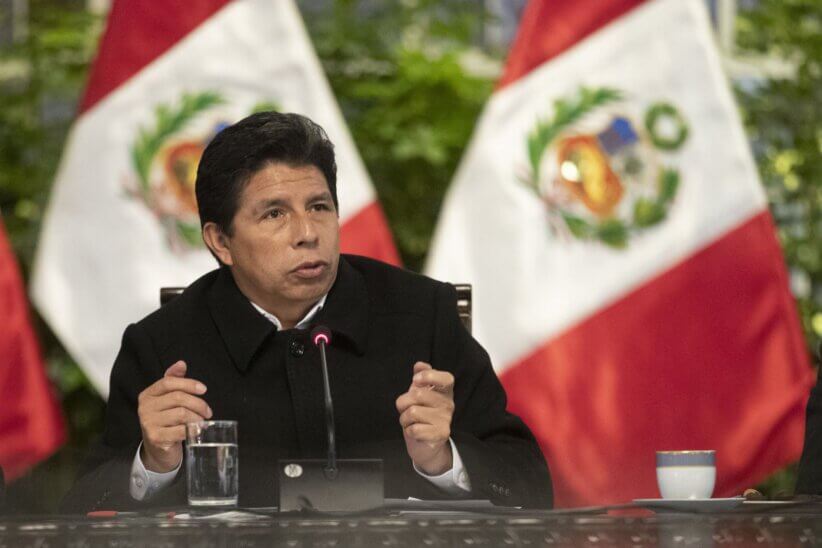 The court ‘s decision, handed down on October 25, ordered the imprisonment of Salatiel Marrufo, a former adviser to the Ministry of Housing,as well as presidential advisors Biberto Castillo and Abel Cabrera.

While reading  the resolution, the magistrate said that due to the “founded and serious charges against the defendants,” they should be imprisoned immediately.

The Public Ministry said that those involved could receive sentences between 19 and 34 years in prison.

Other former advisers to Mr. Castillo, such as Henry Shimabukuro, Eder Viton, Auner Vásquez and his former Secretary General Beder Camacho, are being investigated and the Public Ministry has requested them to appear before the court.

According to investors, some former advisers acted as financiers, while others were coordinators or operators in the alleged criminal ring.

On October 11, prosecutors and police carried out raids related to the case throughout the country, resulting in the detention of six officials.

To date, former adviser Segundo Sánchez remains in hiding and he announced from a Facebook account that he will not turn himself in to justice.

Mr. Sánchez is the owner of a house located on Sarratea street, in the Breña’s district of Lima, which investigators allege was used by Mr. Castillo as an alternative office to the Presidential Palace to conduct his alleged illegal activity.

What is pretrial detention?

In Peru, “pretrial detention” has been used by local courts as well as the Supreme Court  to temporarily detain several prominent political figures accused of various crimes throughout Peru’s recent history.

From time to time there is a debate in the country about whether preventive detention should continue to exist, since on many occasions innocent people can be imprisoned without having committed crimes.