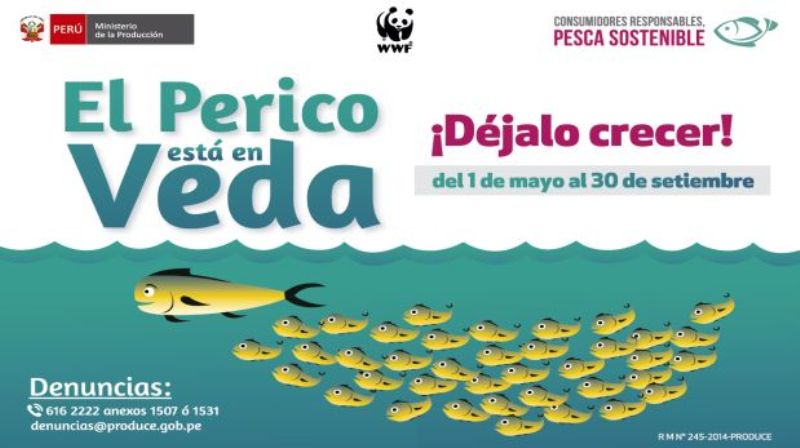 A resolution passed last year sets a fishing prohibition for the mahi mahi species (Coryphaena hippurus) and allows Peru’s production ministry to shorten or extend the prohibition based on population studies.

The mahi mahi prohibition is odd in that it was advocated for by Peru’s fishing industry, which noticed changes in the population since the fish grew popular in the world market. “We are the ones responsible for what is happening with mahi mahi,” the president of Paita’s small fishermen association said.

“When the price of mahi mahi began to go up in Paita in the late 80s, I remember that we used to fish right around here. In a few hours you’d have huge mahi mahis, giants weighing 30 to 40 pounds. Now they’ve gone further out and they are smaller,” one fisherman told the World Wide Fund for Nature.

Population studies did not show sufficiently mature populations to shorten the first prohibition. Almost all of the affected producers are small fisheries.

Mahi mahi is one of Peru’s top fishing products along with anchovy, mackerel, tuna, squid and mussels. While the fish is caught all along Peru’s coast, most of the catch comes from the Paita port in Piura.