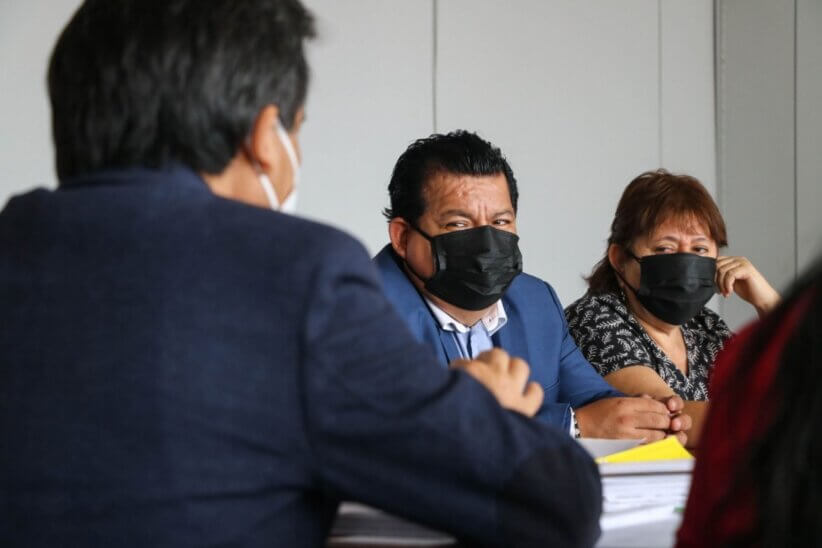 “I want to announce to all Peruvians that Mr. Bruno Pacheco has surrendered to justice,” Peru’s Attorney General Patricia Benavides said on July 26. “This was possible thanks to the effort and professionalism of the police and the special anti-corruption team that we formed at the beginning of our administration.”

Daily newspaper El Comercio reported that Mr. Pacheco surrendered on July 23 after three days of negotiations with the Public Ministry to turn himself in. Mr. Pacheco’s arrest was initially ordered in March of 2021.

According to sources from El Comercio, the former secretary is afraid for his life and he is currently being held in a residence with police protection and cooperating with investigators..

Investigators allege that Mr. Pacheco pressured the chief of Peru’s tax authority (SUNAT), Luis Enrique Vera, to favor certain companies that have debts with the agency.

He is also accused of influence peddling related to allegedly pressuring high-ranking military and police officers to promote certain members within their ranks. According to reports, Mr. Pacheco received thousands of dollars from officers for their promotions.

Statements by Bruno Pacheco to the Public Ministry

Mr. Pacheco has reportedly been collaborating with Public Ministry investigators since July 23.

According to El Comercio, Mr. Pacheco revealed that President Castillo coordinated his escape with the help of Beder Camacho, the President ‘s current Secretary General.

Mr. Camacho testified on July 26 to the Public Ministry and denied Mr. Pacheco’s claims. “I did not help Bruno Pacheco or anyone else to escape,” he said.

The former secretary also revealed to the Public Ministry that, during Mr. Castillo’s administration, at least 10 police officers were illegally promoted in exchange for financial payoffs.

According to El Comercio, police paid as much as USD $20,000 each for promotions and the money was allegedly collected by President Castillo’s security guards.

The president has not made any statements to the press about Mr. Pacheco, but on his Twitter account he said that it is satisfactory for his government that the former secretary “surrendered.”

Peruvian congressman accused of raping a woman in his office