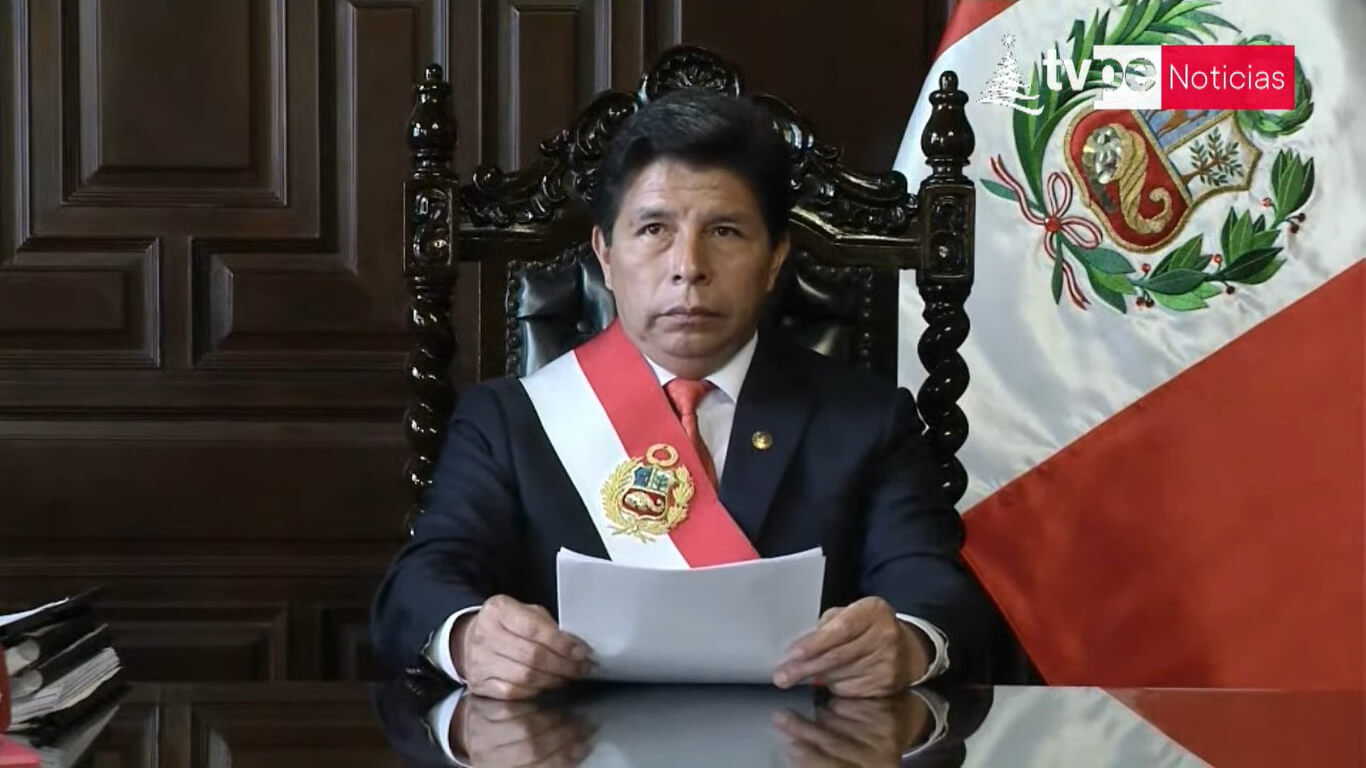 Lima, Peru — President Pedro Castillo of Peru was ousted from office and later detained by authorities after he illegally attempted to dissolve congress hours before the body was set to vote on his impeachment.

The events follow months of political unrest in the country between the Castillo administration and its opponents in congress.

Just last week, the Organization of American States (OAS) submitted a preliminary report finding that Peru’s “democratic institutions” are “at risk” due to the highly polarized political environment.

How the day’s events unfolded

This morning, Castillo went on-air to address the Peruvian people. He said he would temporarily dissolve congress and establish an “exceptional emergency government,” adding that he would call elections for a new congress as soon as possible.

He also said that once elected, the new congress would, “create a new Constitution” within a period of no more than nine months.

Immediately after the address, many of the president’s own supporters denounced his remarks, and the president of the Constitutional Court, Francisco Morales, called on the country’s armed forces to “restore constitutional order.”

The president of Peru’s congress, Jose Williams, also took swift action to call an emergency session to debate Castillo’s impeachment, where it was approved with 101 votes in favor, six against and 10 abstentions. (Only 87 votes were needed to impeach the president).

Shortly thereafter, police detained Castillo as he was leaving the Presidential Palace in an official car.

He was reportedly accompanied by his wife Lilia Paredes, his sister-in-law Yeniffer Paredes, his children, as well as former Prime Minister Aníbal Torres. Local media have reported that they were also carrying suitcases.

According to constitutional analysts, the president’s move to dissolve congress was illegal.

According to article 134 of the Peruvian Constitution, the president can only dissolve congress “if it has denied two votes of confidence to the Councils of Ministers,” which has not taken place.

Members of his cabinet and other senior officials resigned in protest after the president’s address, accusing the president of attempting a coup.

Other Peruvian institutions rejected the alleged coup attempt, including the military, the National Police, the Constitutional Court, the Judicial Branch, the Public Ministry, the press, among others.

Castillo is set to be succeeded by Vice President Dina Boluarte, who would take office to complete the term until July 2026 or until she calls new elections.