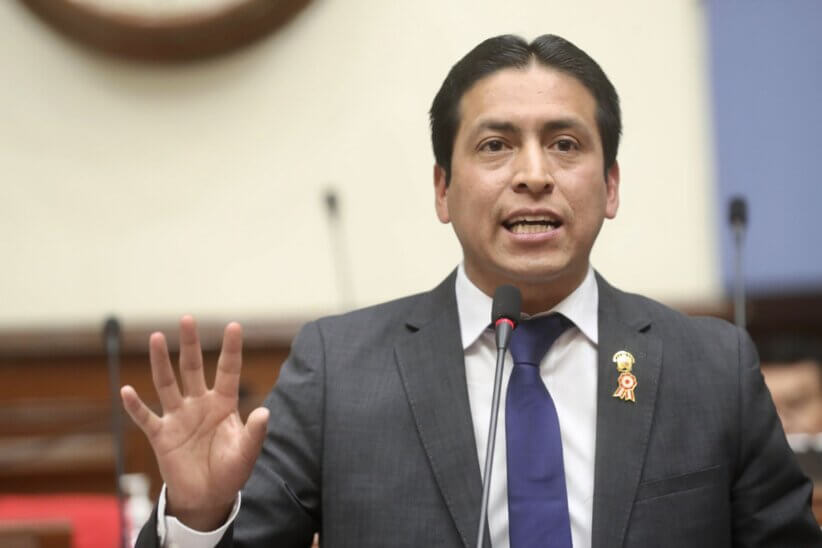 A Peruvian parliamentary employee has accused her boss, Congressman Freddy Díaz, of raping her in his office, sparking national outrage.

The woman alleges that on July 27 she was drinking alcoholic beverages with the congressman in his office and he raped her while she was unconcious. Through social media, dozens of congressmen, politicians, journalists and women’s defense organizations called for Mr. Díaz to be arrested and promptly investigated.

The woman, whose name has been withheld to protect her privacy, reportedly contacted the Ministry of Women and Vulnerable Populations and later the police to make a complaint.

Congressman Díaz was expelled from his political party, Alianza Para el Progreso (APP) and on August 2, the Congressional Ethics Commission unanimously approved a measure to open an investigation into the case.

While speaking to the media on August 1, he pronounced his innocence:

“I reject all kinds of acts of violence against women. Today I will go to court, so that the Prosecutor’s Office can start the procedure,” he told Canal N, before entering the Public Ministry office where the Attorney General’s Office is held.

The alleged victim responded in a message via television program Al Estilo Juliana:

According to reports, the congressional employee has been seen by the medical examiner and her testimony was heard in the Gesell chamber, a room equipped to allow observation of people. According to the medical report, she has signs of having been physically and psychologically assaulted. According to the Public Ministry, raping a person “in a state of unconsciousness or [one who is] unable to resist” is punishable by 20 to 26 years in prison.

Despite the serious complaint, Mr. Díaz remains in office.

Peruvian congressmen can be criminally prosecuted if they committed a common crime, despite being in office.