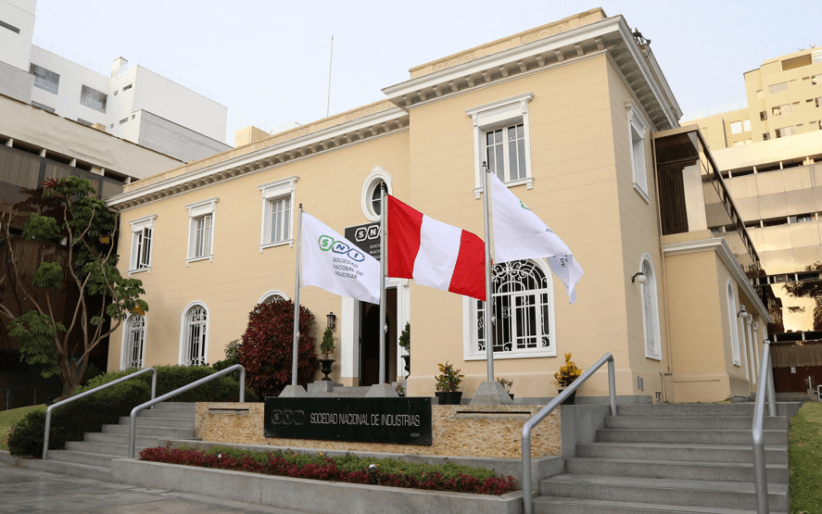 Facade of the headquarters of the National Society of Industries (SNI), in Lima, Peru. Credit: SNI

The National Society of Industries (SNI) said on November 2 that “Peru is not undergoing a ‘coup’ that alters the democratic order.” The statement comes ahead of a visit from the Organization of American States (OAS) which intends to analyze the current political situation in the country.

According to the manufacturing industry advocacy group, “investigations carried out by the Public Ministry and Congress are constitutional and pursue the defense of democracy. These make it possible to clarify the serious acts of corruption that would involve President Pedro Castillo and his closest collaborators.”

SNI’s statement is a response to the October 20 decision by the OAS Permanent Council to activate the Inter-American Democratic Charter at the request of President Castillo.  The Organization will send a “high-level” delegation to analyze the political situation in the country later in November.

Previously, Mr. Castillo requested that the OAS intervene to overcome the country’s political crisis. The president is currently being investigated by the Public Ministry for allegedly leading a corruption ring entrenched within the government.

According to the SNI, the Public Ministry’s investigations serve to protect “the integrity of the institutions” and the “independence of the government branches.”

In addition, the organization expects the OAS to finish the final report with a “transparent and objective evaluation.”

“It is necessary for the delegation to meet not only with the legislative branch, the executive branch, and the judicial branch, but also with society, including representatives of small, medium and large companies,” it states.

Peruvian Foreign Minister César Landa said on November 3 that OAS representatives will arrive in Lima on November 20 to carry out their meeting agenda.

The SNI was established on June 12, 1896 with the idea of representing and promoting the industrial sector and protecting the interests of the private national industry.

Currently it has more than 1,000 companies that represent 90% of the country’s Gross National Product.