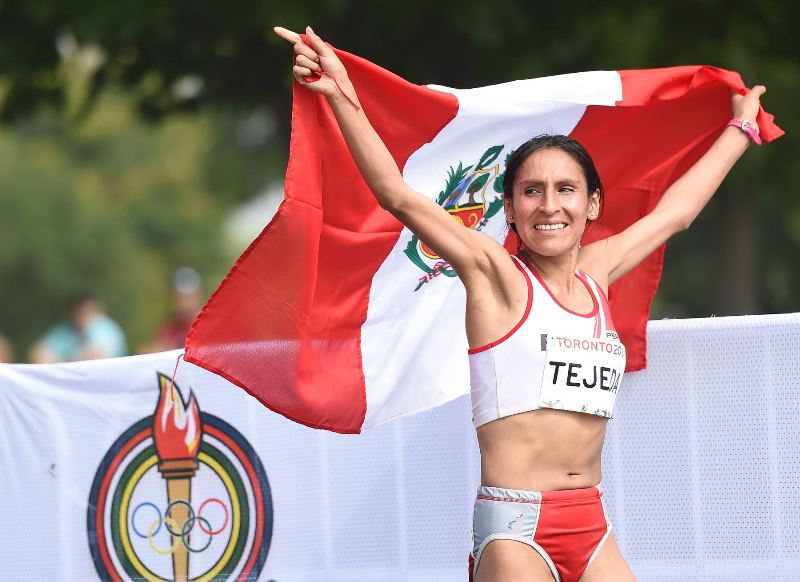 Peruvian runner Gladys Tejeda won the gold medal in the marathon at the 2015 Pan American Games in Toronto on Saturday.

While Tejeda’s winning time of 2:33:03 broke the Pan Am Games record of 2:36:37, it was five minutes more than her personal best. Despite the adverse conditions of the day, the other two medalists also finished in times which would have broken the record in what turned out to be a fierce battle for gold.

The course featured tough hills on a sweltering day of 86 degrees Fahrenheit with 90% humidity. The humidity makes it difficult for runners to keep their bodies cool. Five runners dropped out of the race.

After finishing 43rd in the 2012 Olympics in London, Gladys Tejeda looks forward to competing in Rio de Janeiro in 2016.