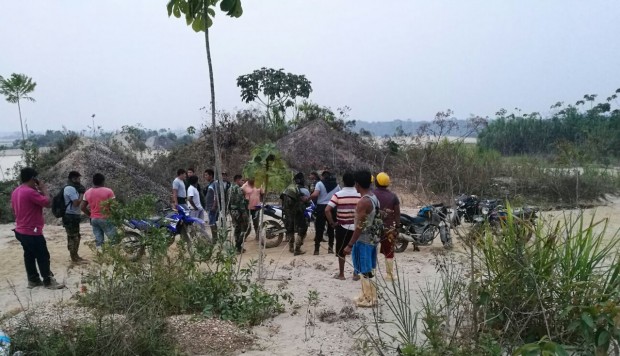 On the afternoon of Friday, September 22, a group of Peruvian police officers belonging to the Environmental Protection Authority of Peru (DEPMA) was ambushed in the region of Madre de Dios in Southeastern Peru.

As a result of the attack, one officer was killed and five were wounded. This included four officers and a guide for the National Office of Natural Protected Areas (SERNANP). The report informed that another officer had disappeared, but he was found a few hours later.

The attack occurred as the officers were returning from an inspection solicited by SERNANP in the Tambopata national reserve. SERNANP had previously opened a checkpoint for the park’s guards in the area as a means to combat illegal mining and deforestation.

It is reported that, while returning from the inspection, the patrol group was approached and attacked by an unknown group of eight to ten armed individuals. These individuals are suspected by police to have launched the attack in retaliation for their recent efforts to curb the illegal activities within the national reserve.

This ambush is said to be the first of its kind to have happened in the region. As a result of the attack, more than 100 officers were stationed in the area in search of the perpetrators.

Illegal mining and its resulting deforestation have been a problem in the Amazonian region of Peru for a long time, but were heavily exacerbated due to the spike in gold prices over the past five years.

In fact, between September 2016 and May 2017, 460 hectares (about 1,100 acres) of tropical rainforest were lost just outside the Tambopata national reserve where the attack occurred. This is a major problem as the area serves as protection for one of the most biodiverse areas in the world.

On a broader scale, reports indicate that since 2012, 4,400 hectares (nearly 11,000 acres) have been deforested in the buffering zone surrounding the national reserve in Madre de Dios.

Together, last Friday’s attack and rate of deforestation in the region demonstrate the Peruvian police’s need to continue fighting against these illegal activities and the challenges they face in the process.