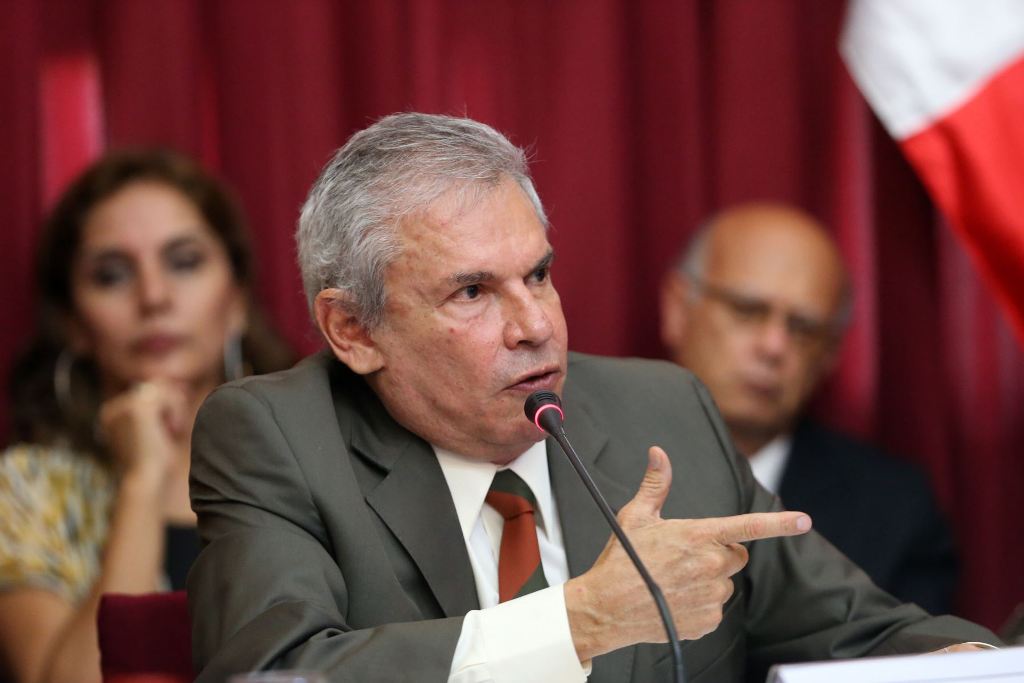 Since assuming office in January, Lima mayor Luis Castañeda’s popularity has plummeted due to a series of controversies and public gaffes.

After handily winning the mayoral election last October with over 50% of the vote, more than 30 points more than the second-place candidate, a full 30% of Lima residents disapprove of Luis Castañeda’s mayoral administration.

Castañeda’s highest-profile controversy, if not the city’s highest priority, was last month’s removal of murals in Lima’s historic city center. He began the removals before publicly announcing the decision, which he attributed to compliance with UNESCO World Heritage Site regulations. Experts have questioned the justification, but the murals were already painted over with the yellow of Castañeda’s National Solidarity Party.

Around the same time Castañeda cancelled the Rio Verde project, an initiative of previous mayor Susana Villaran. Rio Verde would have created over 60 acres of public green space on the banks of the Rimac river in downtown Lima. Castañeda said the project was too expensive, and the funds would instead be used to build three bypass thoroughfares at 28 de Julio and Garcilaso de la Vega avenues.

Another controversial move was Castañeda’s cancelling the bidding process for three “blue corridor” bus routes, another initiative of his predecessor aimed at ridding Lima’s main thoroughfares of the outdated “combi” buses. In shelving the blue corridors, Castañeda had to re-authorize more of the outdated combi buses.

In his first speech as mayor, Castañeda promised that construction of the Bella Union bridge linking the city center with the San Martin de Porres district would begin in April. Work on that project has not begun yet.

The Metropolitano, Lima’s rapid bus transit system, was overwhelmed with more passengers than buses at its northern stations could serve. Metropolitano’s chief of security told El Comercio that 40,000 more passengers are using the system because of Castañeda’s halving the connecting-bus fare.

Castañeda was summoned by Peru’s congressional transportation committee last month. He missed the first citation for a previously authorized trip to Spain. Upon his return, Castañeda testified before congress for four hours about his administration’s decision-making and legal justifications.

Congressman Mesias Guevara, a sponsor of the Rio Verde project, told El Comercio that the mayor evaded the committee’s questions with general answers. “The bypasses have not had a technical investigation, nor investment approval from the economic ministry, nor approval from the metropolitan board, nor have there been transit and environment studies. He was asked to detail all this, but he didn’t.” Guevara added that Castañeda did not explain how he legally transferred resources from the Rio Verde project to the 28 de Julio bypass.

In addition to his policy controversies, Castañeda has made a series of public gaffes that have inspired ridicule in social media. During his congressional testimony, he confused the Shipibo people who occopy an informal settlement on the banks of the Rimac river with a different tribe indigenous to the Amazon jungle, the Ashaninkas. In video from a speech he gave in Spain, Castañeda referred to Lima as a country. To make things worse, it was discovered he did not leave for Spain until after his first summons to appear before congress.

Castañeda’s approval has fallen from 71% to 58%, while disapproval rose from 10% to 30%. Castañeda’s base of support lies in socioeconomic sectors D and E, the two poorest social classes of the city. Among that sector, he still enjoys 68% approval. Meanwhile, 46% of sectors A and B, Peru’s highest social classes, disapprove of Castañeda’s administration.

“I don’t worry about that. Polls are like advisors, they go up and they go down,” Castañeda said when asked about the low approval. “What matters is that we’re working.”

Castañeda started his third mayoral term in January. He served two previous terms from 2003 to 2011, the second of which he resigned to run for President.