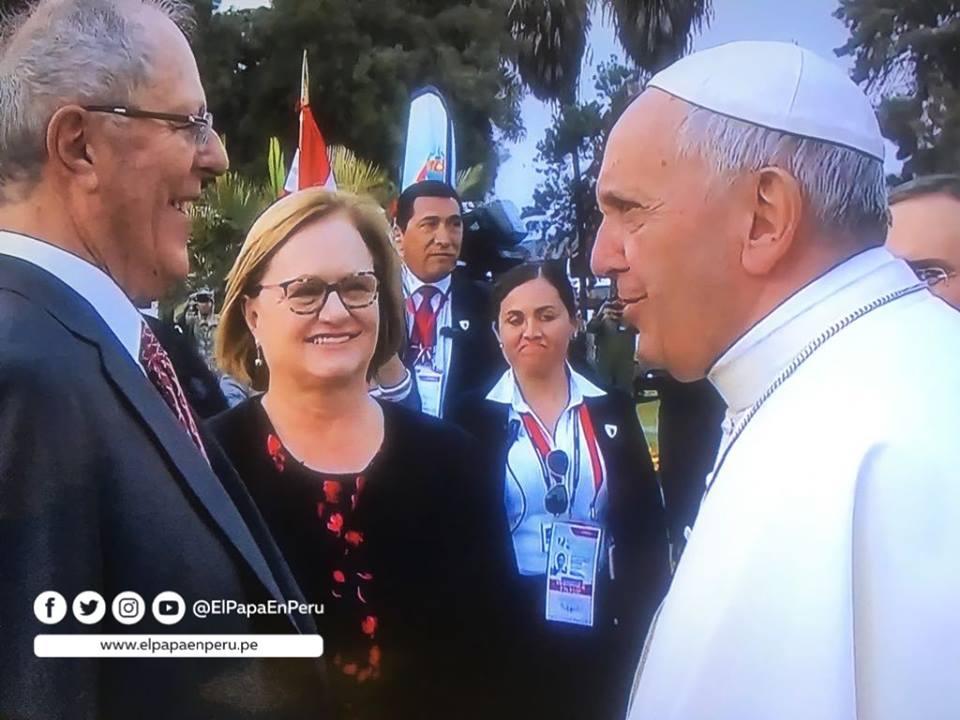 During his whirlwind 4-day visit to Peru, Pope Francisco expressed his concern about corruption and the fate of the indigenous population. He also showed compassion for the victims of Peru’s latest natural disasters and his admiration for Peruvians’ passion and faith. For his critics however, he failed to mention the elephant in the room: the issue of sexual abuse  that has plagued Peru’s churches remained unmentioned.

On Sunday in Lima, at a meeting with Peru’s archbishops, he spoke out against corruption in Latin America and called the politics in the region “very ill”. “The Odebrecht case is only the tip of the iceberg”, he said.

When he took the stage in Lima, listeners like opposition party leader Keiko Fujimori were present, when he openly called for politicians to stand up against corruption. As he left, he was received warmly by an enthusiastic crowd of well-wishers. 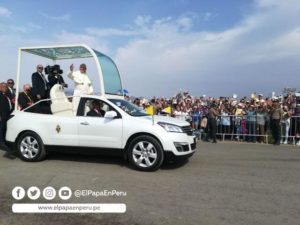 On Friday he visited Puerto Maldonado, a city located within the Amazon region. Afterwards, he said he hadn’t expected to meet so many people. Amidst 3,500 Peruvian, Brazilian and Bolivian indigenous people, he expressed his concern: “The Amazon tribes have never been so threatened as now”. He also visited “El Principito”, a local orphanage following his address. 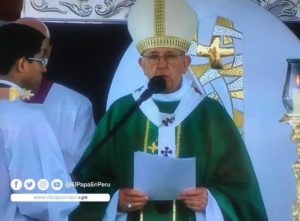 On Sunday, Francisco led a historic mass in Lima at the Aerial Base of Las Palmas. With 1, 3 million visitors in attendance, it was Peru’s biggest event in recent years. “I almost could not believe what I saw”, he said later at a press conference. The Pope asked the Peruvians to “take care of the country’s richness” and condemned the “globalization of indifference”.

Earlier on Sunday, he raised hopes when speaking to young people on Lima’s Plaza de Armas about moments when negativity sets in. On these moments it seems that “we won’t make it to the World Cup”, referring to Peru’s epic qualification for the upcoming football tournament. “There are moments when you feel powerless to succeed”. But: “Don’t give up, don’t lose hope”.

At the same event, he warned youngsters not to confuse reality with photoshop. “It’s very beautiful to see digitally arranged photos”, but he said it is only a cover since “we can’t photoshop the reality, other people or ourselves, it’s in the heart where real love and happiness are found”.

Just before taking off, he said his goodbyes to Peru’s president Kuczynski, who later thanked him “for his visit and his hopeful messages”, through social media.

Asked what impressed him the most during his trip in Peru, he said:“ the impression of a faithful population and their human warmth that endures through difficulties”.