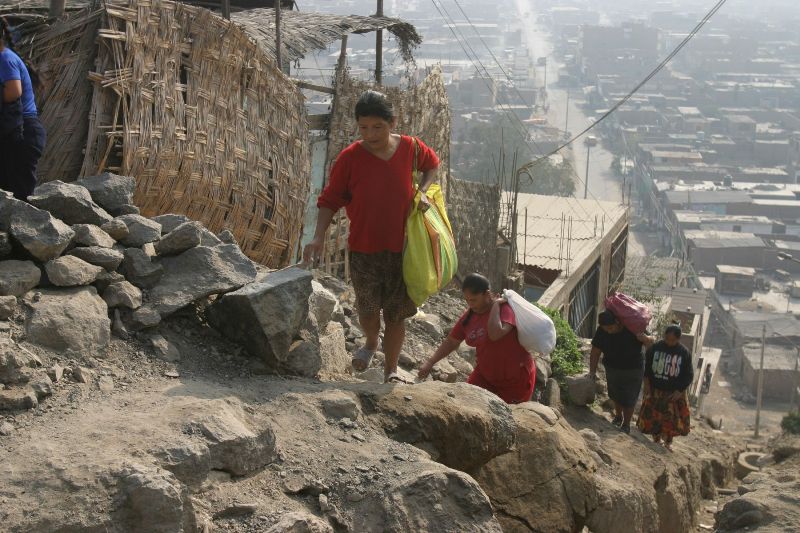 Peru’s statistical agency released a report showing the amount of Peruvians living in poverty decreased 1.2 percentage points to 22.3%, which marked the country’s slowest rate of reducing poverty in over a decade.

While almost 7 million Peruvians still live in poverty, the reduction represents 300,000 who left conditions of poverty in a year that saw GDP growth of only 2.35%, Peru’s slowest economic growth since the global financial crisis of 2009. The government was quick to highlight that poverty reduction in Peru outpaces the regional average. Since 2011, over 2 million Peruvians have emerged from poverty for a reduction of 5.1 percentage points from 27.8% to 22.7%.

“Peru is one of the countries in the region where poverty continues to decrease and that is an achievement to highlight, even though the rate of reduction is lower,” finance minister Alonso Segura said in a press conference at the government palace. “[5.1%] constitutes an important advance considering that, during the same period poverty in Latin America decreased 1.6% on average.”

All geographic areas saw a reduction in poverty. Peru’s departments most plagued by poverty include Amazonas, Ayacucho, Cajamarca and Huancavelica. The departments with the lowest rates of poverty are Arequipa, Ica and Madre de Dios.

Inei’s report included a profile of the population living in poverty. Almost all of them speak an Amazonian language, Quechua or Aymara and have only a primary school education.